Manny Pacquiao has admitted his interest in facing Gennadiy Golovkin in what would be a stunning fight for the boxing world to enjoy. Sadly, there’a big catch.

The Filipino has insisted on a stipulation that will kill the possibility of any bout stone-dead.

If the eight-weight ruler is to share the ring with Kazakhstan’s finest export, any huge Pay-Per-View contest has to take place at an unattainable weight for Golovkin.

Asked about pushing himself back up to super-welterweight, where he campaigned successfully in 2010, Pacquiao added: “154 pounds? It depends I guess, but there are no negotiations right now.”

In the past, Golovkin’s former trainer Abel Sanchez consistently informed WBN that the middleweight champion can make the lower limit. But getting down anywhere near 147 is a firm no-go.

Sanchez was adamant when overseeing Golovkin’s astonishing rise to the top of the sport last decade that if Pacquiao or Floyd Mayweather came calling, his man could meet them at 154.

Now they’ve parted, and are no longer working together, WBN recently asked Sanchez again about a Pacquiao vs GGG blockbuster. 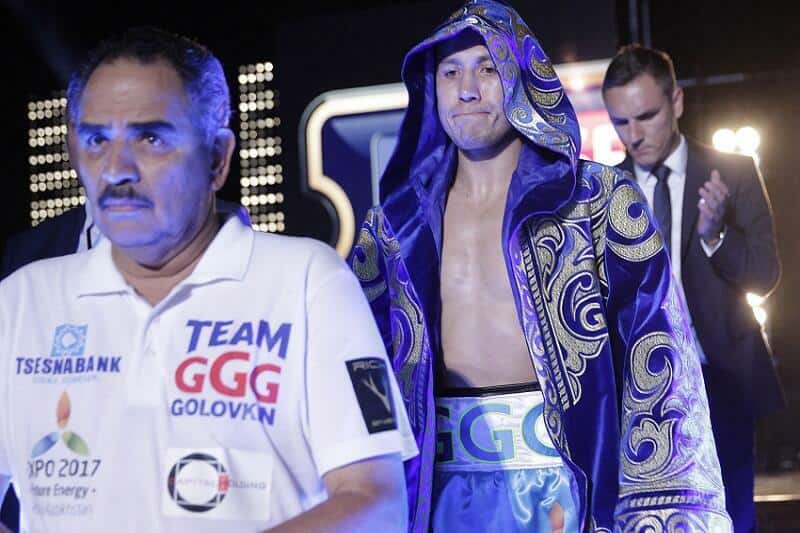 The Summit trainer exclusively told World Boxing News: “Manny Pacquiao is at the point where he really does not need any of the young champions, so that is a big step.

“I think it would be difficult to make the weight comfortably. And if there is a rehydration limit, that makes it more difficult for Golovkin.

“Having to drain himself to make 154. Plus being drained and sluggish because of weight loss, could that be a problem and with Manny’s hand speed?

“Manny Pacquiao is a small fighter. I believe he started as a flyweight, so the size difference would make a difference.

“I see Manny having his moments early in the fight, but Gennadiy Golovkin is no Margarito. Golovkin will hurt Manny,” he insisted.

Not many in the media side of the sport are expecting any advances on mere speculation for Manny Pacquiao vs GGG, but as we saw in 2016 with Canelo vs Amir Khan and indeed Golovkin vs Kell Brook later that same year – anything is possible.

The fact that the ‘Pacman’ could probably still make lightweight should tell you all you need to know about the matter, though. It may be more likely we’d see Golovkin moving up to 168 than getting anywhere remotely near south of his current weight of 160.