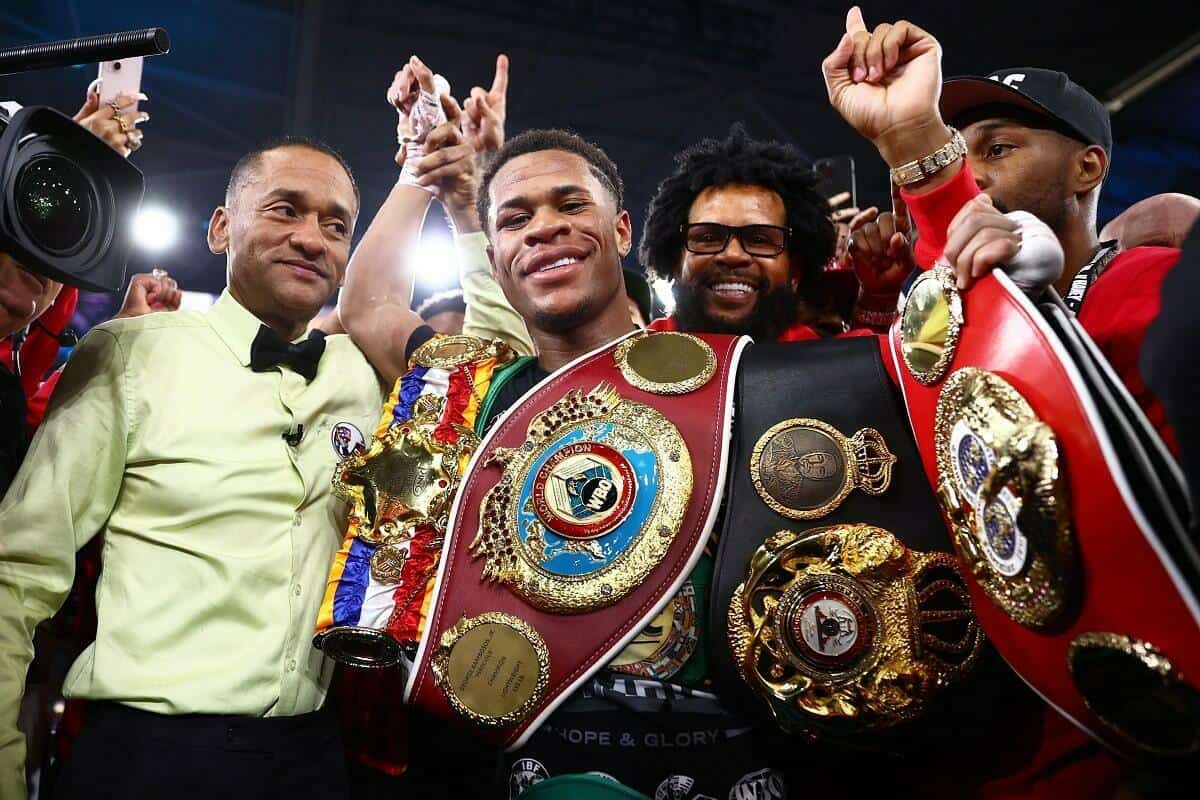 The list is compiled from the top division of heavyweight to the lowest minimumweight limit.

Title holders with four championships are considered undisputed in the modern era.

WBC Franchise and WBA regular titles are not world championships. Therefore, they do not count.

Mexico’s Vargas became a two-division world champion as he rose from a knockdown. Vargas boxed and banged his way to the WBC Featherweight title against previous holder Magsayo.

He took the win via split-decision in a dramatic showdown headlined live on SHOWTIME from the Alamodome in San Antonio.

Opetaia moves to 22-0 with 17 KOs but had to survive a late rally from the World Boxing Super Series champion.

“The Dream” toppled “The Emperor” by outclassing the home fighter en route to a unanimous decision.

Undisputed champion Devin Haney jabbed into the WBN Pound for Pound Top 50 with a brilliant win over the weekend.

Haney added the WBO, IBF, and WBA straps to his WBC belt to put beyond doubt any claims that he’s the email titleholder.

Rankings will get updated as they happen.