Serious questions have been raised again regarding the state of American judging following a shocking welterweight card on Sunday night in Los Angeles.

Lou Moret, a veteran of over 700 bouts, posted an unbelievable and highly unfathomable tally for the Yordenis Ugas vs Abel Ramos clash.

Saying that – the 115-113 totals handed in by Edward Hernandez Sr and Zachary Young were only slightly better in the fact that they gave the correct winner the rightful victory.

In the results round-up handed to WBN by Premier Boxing Champions, one line certainly said it best.

“After the feel out first round, Ugas landed 10 jabs or more in the next 11 rounds, according to CompuBox. In total, Ugas threw a career-high 504 jabs, landing 160, also a career-high.” 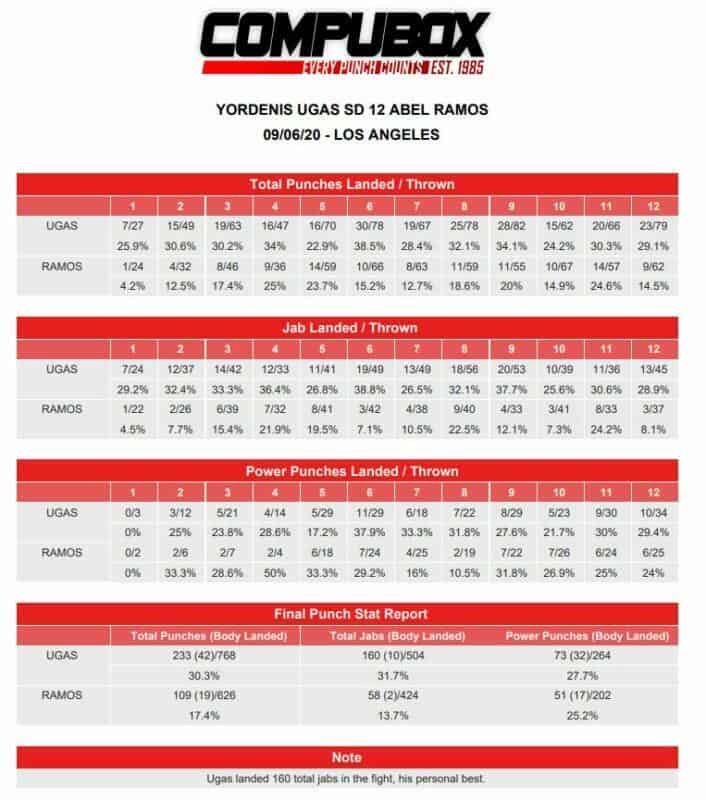 Therefore, how on earth Ramos was given five rounds with two judges and EIGHT with Moret is nigh on impossible to determine.

Ramos at best won two a slight share of three rounds. So how Moret came up with 117-111 in his favor is anyone’s guess.

At the age of 76, the first realization was maybe it’s time for Moret to call it a day.

Of late, a portion of Moret’s major cards has also been more than questionable.

Maybe it was just a few bad days at the office for Moret over the last eighteen months? – Or maybe we need some sort of re-test for senior judges once they pass a certain age.

Some on social media were calling for a possible age cap or retirement. 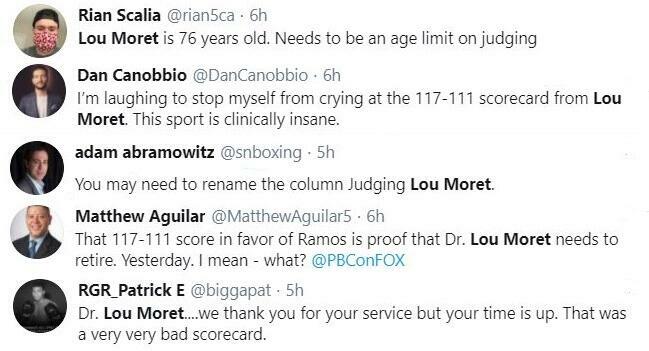 One comment took things a little further than that.

“Everyone make sure to email the California State Athletic Commission letting them know that Dr. Lou Moret should be fired for his atrocious scorecard! Lou is either incompetent or corrupt,” said the irate Tweeter.

Ugas himself was more philosophical than that and was just happy the right man won.

“I set a goal when I was a child back in Cuba to become a welterweight world champion and I accomplished that goal tonight,” said Ugas.

“I’m so grateful to everyone who helped me along the way.

“Ramos was a very tough opponent and I knew it was not going to be easy, but I wasn’t going to let this opportunity slip away.”

He added later: Thank God, my team, my family, and all my fans for this great night. Thanks, Abel for being a great competitor.