Deontay Wilder may have been in no position to fight Tyson Fury when the American surrendered his undefeated record on February 22nd.

That’s the view of a sparring partner who spent time with the ex-WBC heavyweight champion during camp.

Junior Fa, an undefeated contender in his own right, says Wilder suffered a bicep injury. The New Zealander also added that the extent of the damage was unknown to him.

That kind of ailment certainly could have hampered ‘The Bronze Bomber’ from getting his shots off in the correct manner.

Wilder did look out of sorts and barely troubled Fury during the seventh-round stoppage.

The revelation by Fa now opens up yet another debating point after Wilder fans flooded YouTube with conspiracy theories regarding out-of-character Fury’s triumph.

“I was very shocked (by the way Deontay Wilder was taken out so easily by Tyson Fury),” Fa told Sky Sports. “The lead-up and the training were actually really good. Deontay was looking great.

“I think he did hurt himself towards the end of camp.” 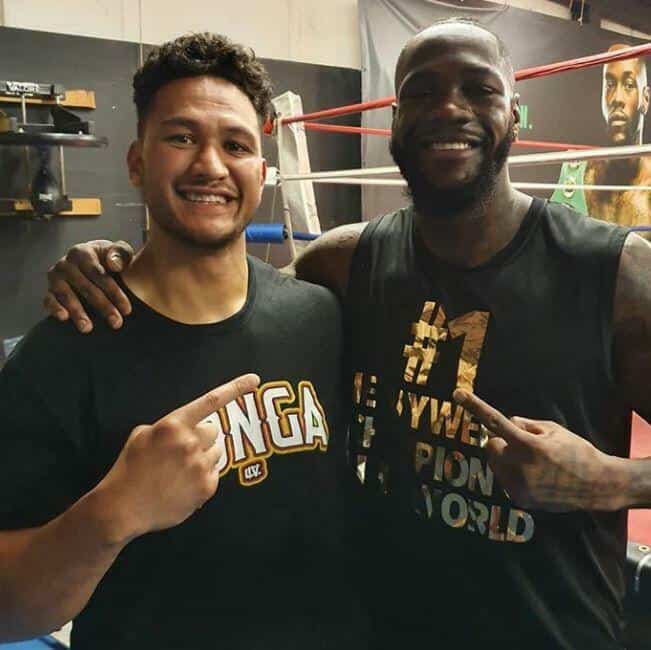 Adding that he was not aware of how bad the damage was, Fa said: “I don’t think it would have played too much into the fight, but then I don’t know the extent of the damage of the injury that he sustained.

“What I do know is that he did get injured.”

Fury was rampant on the night and looked unstoppable at the MGM Grand. ‘The Gypsy King’ dropped Wilder early and didn’t let up until the clash was called off in the seventh.

“As soon as the fight started, and I saw Fury not really taking a backward step, trying to push Wilder to the ropes, I was thinking, ‘Oh man, this is going to be a hard night for Wilder.’

“Fury just basically did what he said he would do, which was stop the biggest puncher in the world. That was a very, very good performance from him.”

Concluding on the injury, Fa confirmed it was in a tender spot for a big puncher like Wilder.

“Yes, the bicep injury. I don’t know the extent of the damage, but he did hurt it, yeah.”