Ted Cheeseman beats Sam Eggington, gets back to winning ways

Sam Eggington and Ted Cheeseman served up an unforgettable Fight of the Year contender on a spectacular opening night of Matchroom Fight Camp in Brentwood, Essex, live on Sky Sports in the UK and DAZN in the US.

Bermondsey’s Cheeseman was under immense pressure heading into the fight having been without a win in three fights during a difficult spell, but ‘The Big Cheese’ edged out Eggington in an all-out war with scores of 116-113, 116-113 and 115-114.

After twelve relentless rounds of back and forth action Cheeseman took Eggington’s IBF International Super-Welterweight Title, and along with it a number five ranking with the governing body that could push him towards World Title contention.

After the fight an emotional Cheeseman said: “You can’t imagine. I see fighters lose who don’t care. I cared, I cried my eyes out, I stormed out of the ring. I’m a winner, I gave my heart to this sport and I felt that I deserved some luck last year, but I never got it.

“I lot of people doubted me, thought I would tire. When it got tough, I had a fight with Sam. It was morale – I haven’t won for nearly two years – and you need confidence. 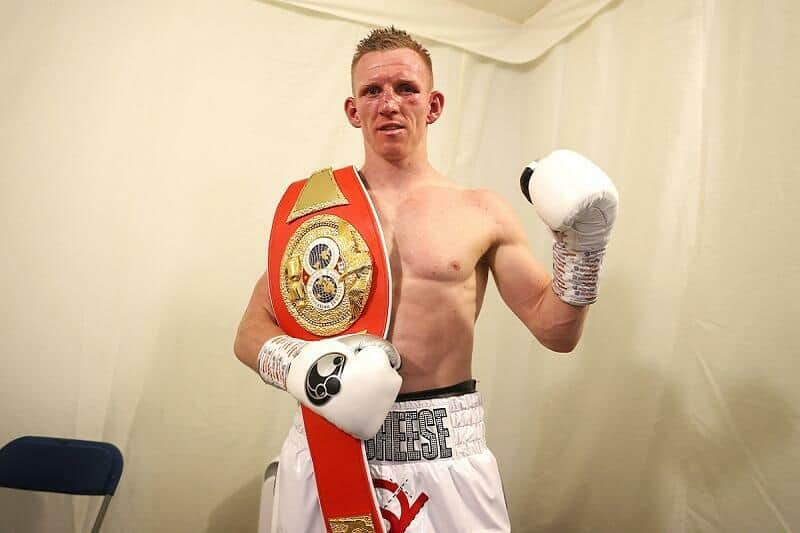 “I was confident going into that ring. There was no pressure with no crowd. I made mistakes but I boxed really well. I could have thought: ‘It isn’t going my way’. But I gave it my all. If I lost tonight, I would have retired. I could cry my eyes out with happiness.”

“You just have to roll with the punches,” said Eggington. “Ted got the decision today. Of course I would like the rematch. I’m sure people would like to see it again.”