Ex-heavyweight champion Mike Tyson announced his intention to fight at 53 years old last month sparking a wave of offers from home and abroad.

The New Yorker revealed on an episode of his podcast that he’s already been training for an exhibition contest in aid of charity.

Since then, Tyson has been inundated with boxers, old and young. Those who are interested in facing one of the most fearsome punchers of his time.

Not to mention that Evander Holyfield is back in camp and Lennox Lewis is being linked to a return. It seems the whole world wants a piece of the legend.

Whoever does get the opportunity, it certainly won’t be an easy night. Good causes or not.

Tyson has admitted himself that he’s ‘nothing without boxing’. Therefore, this return – no matter how small, will mean everything to him. 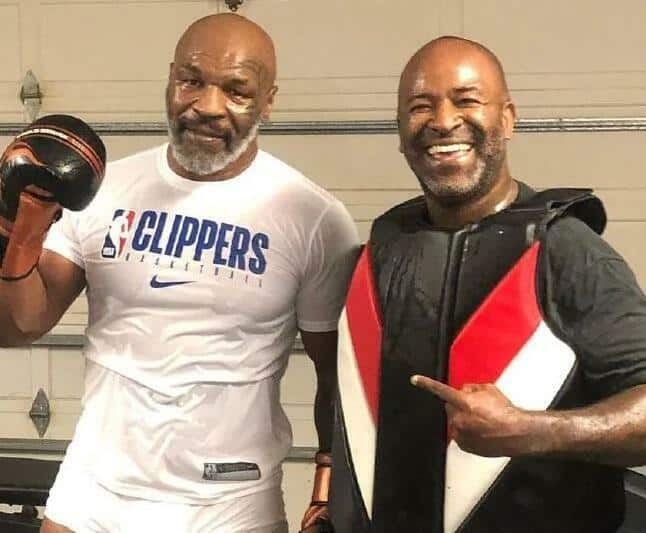 Couple that with the fact that the last thing a fighter loses is his punch. We all know Mike Tyson is a bad man.

At his age, there are obvious question marks over the validity of any bout. But on the flip side, you could argue that Tyson could be in better shape than fifteen years ago when he retired.

When stepping away at 38, Tyson lost to Danny Williams and Kevin McBride in damaging losses to his reputation.

Later, Tyson admitted taking drugs before one of those outings and partying outside of the ring all the way through training. He simply wanted the money.

Williams and McBride, both nowhere near the capacity of Mike Tyson at 50%, took advantage of that and made a name for themselves.

Looking at photographs and videos of Tyson in the gym, he seems intent on making a statement alongside making some serious money for charity.

This time, he’s not fighting for selfish reasons. Mike Tyson is fighting to end on a positive note. Not going down to former contenders who couldn’t and shouldn’t have been able to lace his gloves.

All we need to know now is who does he face? – Well, there are plenty of hands in the air, that’s for sure.