The Mexican superstar made the astonishing revelation that Pacquiao’s eventual bid for another chance was $50 million more than first mentioned.

As WBN covered at the time, Marquez stated he was originally given the incentive of fighting the ‘Pacman’ again for $100 million.

This wasn’t the case, as per a recent Las Vegas interview with ‘JMM’ by FighthubTV.com. They recorded the four-weight ruler adding another $50 million on top.

Firstly, he said: “Maybe it would be that Manny Pacquiao fights with Errol Spence or Terence Crawford,” Marquez told FightHub TV. “It would be a great fight.

On the subject of there ever being the potential for a fifth fight after Marquez spectacularly blitzed Pacquiao at the MGM Grand in 2012, the veteran added: “Never.

“When the Pacquiao people told me about the fifth fight for $150 millions, I said ‘no more’. I retired and said no more. No return. 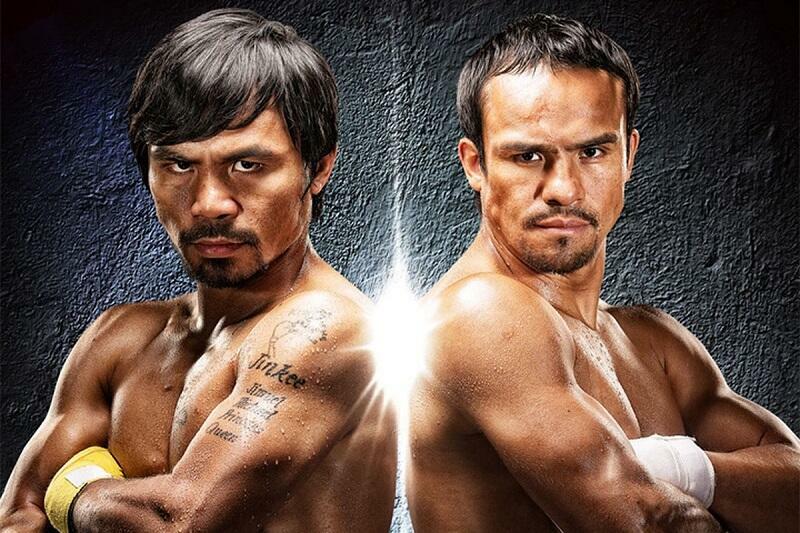 This debunked a near six-year initial disclosure by Marquez that the temptation was $100 million. WBN can now reveal that this was not the case.

Marquez was never given another $50 million extra. The now broadcaster merely got the numbers wrong, years after the initial statement.

Therefore, Pacquiao was only ever placing a check for $100 million in the possession of Marquez for the fifth installment, not the mistaken $150 million Marquez then outlined.

Whatever the case, fans were left bereft of a fifth bout despite clearly wanted more. At the time of the clash, WBN was barely two years old as a website.

But that night, something special happened in regards to interest spiking throughout the boxing world. WBN had never seen interest in a story from a live scorecard like that.

It’s rarely been seen since, and that was eight years ago. Marquez may have missed a trick in not accepting Pacquiao’s advances.

Despite the fourth contest not reaching the height of the third, in the Pay-Per-View sense, the reverberations carried on long after that fateful final punch by Marquez.

A massive amount of money was to be made, and Pacquiao knew it. Projections of two million PPV purchases were by no means overestimations.

The interest and money were evident, even if it wasn’t the cool $150 million Marquez had presented years later.

So what would have happened? – That, we will never know.