Promoter Eddie Hearn loves a game of tweet and answer, but one particular post on Wednesday backfired in spectacular fashion.

The Matchroom boss asked fans for five things they want to see happen soon as the lockdown due to coronavirus continues.

Dillian Whyte’s B sample was one of the major replies to Hearn’s tweet. Plus, a reprimand of Martin Bakole.

Here’s what he said:

“Another day but another day closer to the end of this!

“Write down five things that you want to get done by midnight tonight and tick them off as you go.

“It doesn’t matter how big or small, set targets and keep some kind of plan and focus! Be well people.” 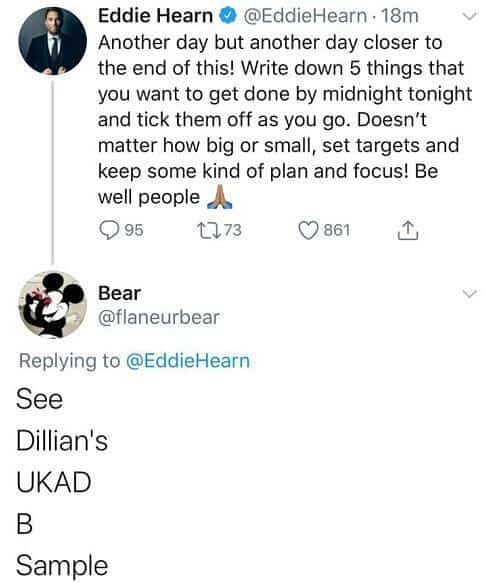 This is referring to the saga when Whyte was on the verge of a doping ban but managed to convince UKAD he’d done nothing wrong late last year. 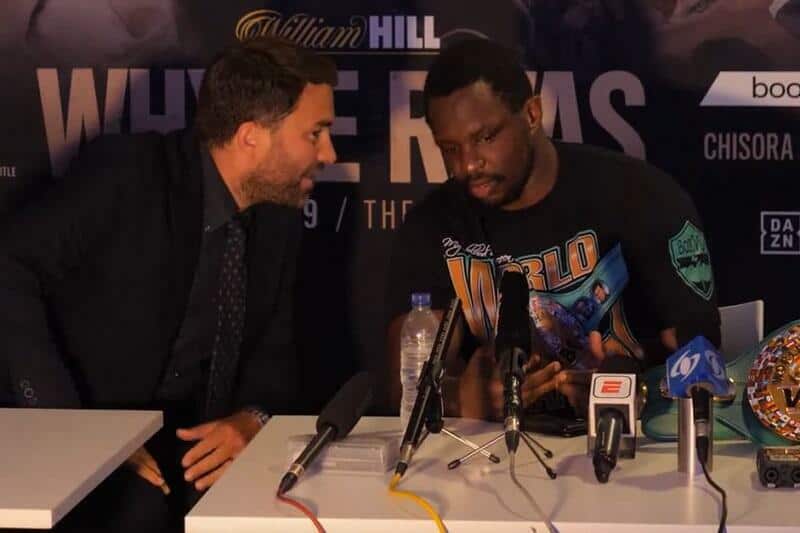 A second one stated:

Bakole soon deleted it and apologized.

Of the many replies to Hearn, around 5% were positive and the rest were complete trolling or stupidity.

“Eddie shut the f— up mate. You’re a boxing promoter, not a motivational speaker.”

“F— off Eddie I’m sick of putting ticks in a book mate. Me birds got me up the f—in wall with Mrs. Hinch. Books and lists and cloths with all random fellas names.

“I wanna go out. I wanna get p—ed and watch boxing again.”

Another gave Hearn both barrels on trying to convince fans he could get Tyson Fury vs Anthony Joshua over the line despite two contracts being in place with opponents for both.

It’s safe to say most of the five things Hearn asked his followers about he probably didn’t really want to hear.