Now, Mireles has signed with Split-T Management. He becomes the biggest athlete in their stable as the Iowa native stands 6’9″ tall.

Mireles, 24 years old of Des Moines, Iowa, is affectionately known as “The Lincoln Giant.” This is because of his tremendous stature.

Also, his status as a graduate of Lincoln High School in Des Moines.

“I am very excited to sign with Split-T Management. They had their eye on me as an amateur. They saw me in a few tournaments, and they were impressed.

“The goal was the Olympics. Now I am ready to turn professional,” said Mireles. He added: “I’m a boxer.

“I like to keep my opponents at bay and use my range. I’m out in Oxnard training with Robert Garcia and hopefully will make my debut in September.”

“I am as excited about signing Antonio as anyone I’ve ever signed,” said David McWater of Split-T Management, who also looks after the affairs of undisputed champion Teofimo Lopez.

“I think he has the ability to be heavyweight champion of the world someday. The opportunity to be a tremendous star of the future.” 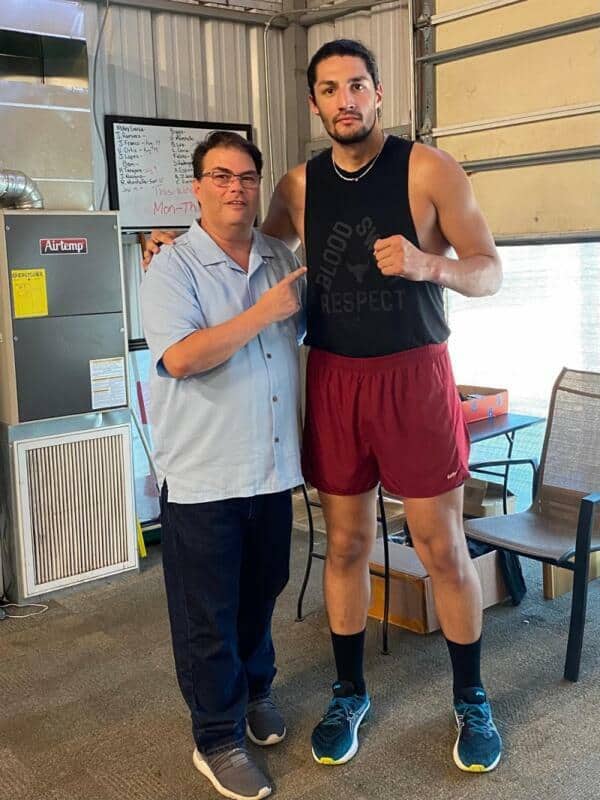 Mireles, of Mexican-American descent, initially began boxing at the Des Moines PAL at 12 and started competing at 15.

He was guided for his entire amateur career by two strong coaches in John Saunders and Elly Nunez.

In his relatively brief but extremely successful run in the amateurs, Mireles compiled a record of 28-4 with 10 knockouts. That tenure culminated in winning the 2020 USA Olympic Trials in the Super-Heavyweight division.

Mireles has already impressed new coach Robert Garcia in his transition to the pro ranks.

Furthermore, Garcia noted his new fighter’s dedication, boxing skills, and “great power” as reasons for a successful future together.