In the opening bout of Saturday’s Showtime telecast, heavyweight contender Otto Wallin recorded a TKO at 2:32 of the fifth round against Travis Kauffman.

During the bout, Kauffman re-tore his left labrum at the start of the fifth round and was unable to lift his arm.

Referee Michael Ortega signaled the end of the fight and afterward, Kauffman announced he was retiring from boxing, just days ahead of his 35th birthday.

The 29-year-old Wallin (21-1, 14 KOs) who had a four-inch height advantage over Kauffman, said he felt for the injured Kauffman, but was dominating the fight.

Wallin looked sharp in his return to the ring for the first time since he nearly defeated Tyson Fury in September 2019.

He landed 12 jabs per round and 54 percent of his power shots throughout the fight. Currently living in New York City and originally Representing his native Sundsvall, Sweden, Wallin had a former champion, Joey Gamache, in his corner for the bout. 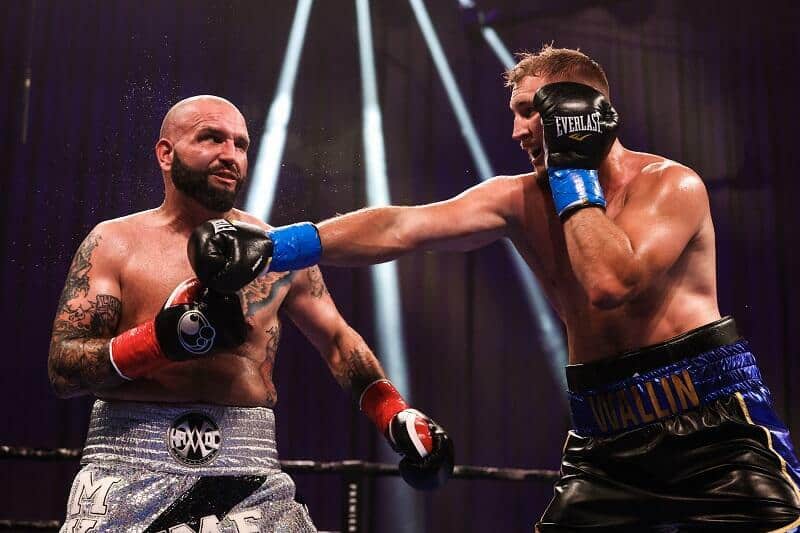 Both fighters have recovered from injury in the recent past, as well as the COVID-19 virus.

“I didn’t feel anything from COVID,” Wallin said. “So I had great training. I was sick in March, but COVID didn’t hit me very hard. I was lucky.

“I’m sorry for everyone who lost their lives due to COVID.

The 34-year-old Kauffman (32-4, 23 KOs) from Reading, Pa., was fighting for the first time in five years and seven fights without his trainer Naazim Richardson, who died unexpectedly last month.

After the fight, Kauffman said he was retiring from boxing.

“I started feeling better and was going to do a tune-up fight in March, but then COVID happened. This opportunity came up and I didn’t want to pass it up and I felt good.

“In the first round, I hurt it. I felt it, but then it went away and I thought maybe it’s just my mind and it went away.

Then in the fifth round, I heard it and that was it. It was torn again.

“I’m done. I’m retiring. I have kids. I’ve been doing this a long time,” Kauffman said.