David Benavidez is no longer the World Boxing Council champion after a shocking turn of events transpired ahead of his next defense.

Angulo can earn the WBC 168-pound title with a win.

All other fighters on the card made weight.

The final weights and officials are below. 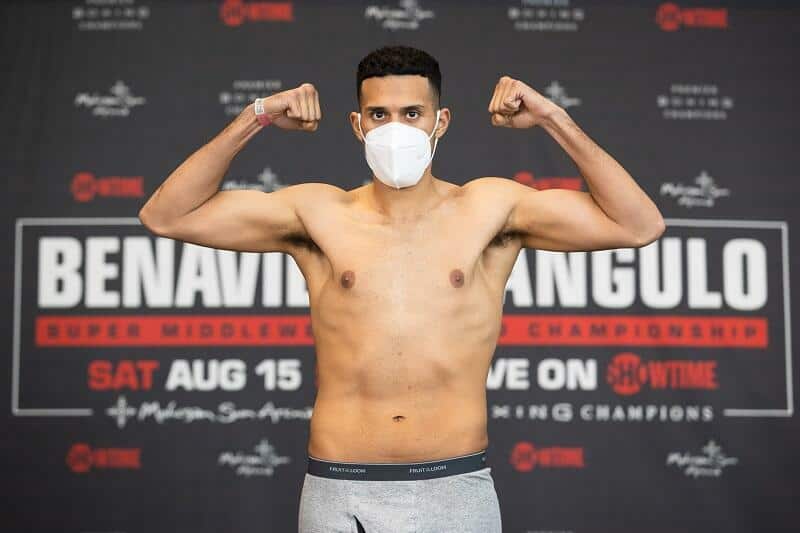 David Benavidez on losing his world title on the scale:

“I put the blame on myself. It’s just the last three pounds that wouldn’t come off. Maybe not having the proper things I needed like no sauna.

“I was only able to go to the gym an hour a day since I got here. It’s just a couple of different things. But I still have a job to do tomorrow.

“Maybe later the opportunity will present itself. But I still have a fight to win.

“I didn’t think this all the way through. Coming in I thought I would have access to more, but I didn’t.

“Maybe this is a message to all the other fighters who have a little bit of trouble with their weight. It’s going to be hard to make the weight if you already have trouble.

“If you need a couple of extra things like the gym or the sauna, you better come into the bubble already on weight. Because it’s very hard.”