New York promoter Lou DiBella felt the pain of losing a fighter recently and had to witness the heartbreak suffered by Patrick Day’s family as he attended the funeral last month.

DiBella found it a hard pill to swallow that a young man competing in the sport that he loved could be taken away at the tender age of 27.

Those somber events will live long in DiBella’s memory. Day tragically never woke up from the final blow landed by Charles Conwell in their fateful bout on October 12.

For his part, and with his considerable experience, DiBella believes better regulation and research can save lives in the future.

“How do we make it safer? You need a couple of hours talking for that,” DiBella exclusively told World Boxing News on what could possibly be done during an interview this week. “We need some actual research.

“You need people to stop saying they’re praying. Stop putting up praying hands and saying they feel really bad when someone dies. We all know then the conversation ends as opposed to taking a good look at why people are getting hurt and what we can do to make it better.”

Asked specifically the areas boxing needs to target, DiBella named a handful of things that needed at least a review.

“We have to look more carefully at our appropriate medical attention. Even making sure referees, ringside attendants, and the referees’ ringside positions. Maybe the cornerman too, in order to make sure they are better educated with respect to head injury.” 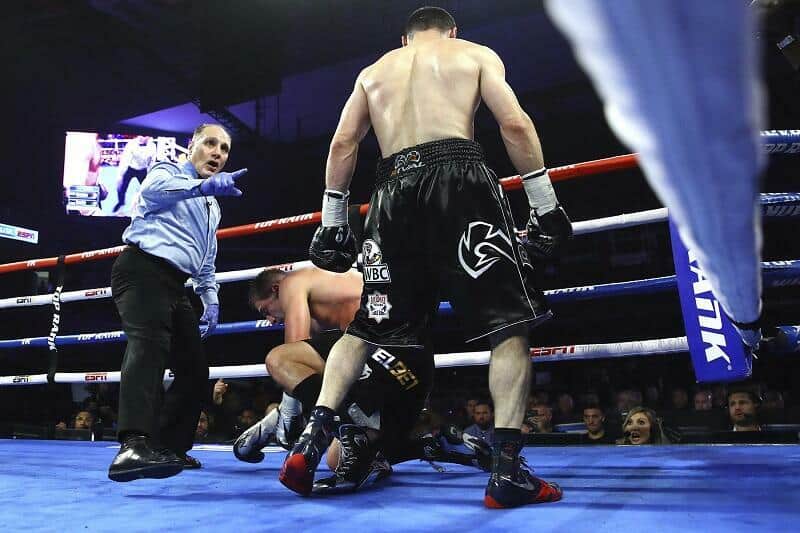 A sore spot for DiBella was the fact some boxers are accused of quitting if a fight is ended prematurely when combat still seems to have the potential to continue.

“We must stop complaining if a fight is stopped by a doctor, referee or a corner. But then there’s sparring. Do they have to (spar)?

“There’s no other sport were practicing for that sport is as dangerous as it is for the real thing. I’m not so sure whether guys constantly being the gym and sparring regularly, how much are they leaving in practice?

“Sparring can be just as dangerous as the fight. That’s certainly an issue that has to be looked into.”

Six boxers have now passed away in just under two years, with more placed in life-threatening situations due to competing.

Continuity with those regulating and making safety decisions could be a big factor in decreasing the number of incidents, according to DiBella.

“Boxing is regulated differently in the UK to the US. In the US, it’s state-by-state regulation for boxing. So the regulation of boxing is vastly different from place to place,” he explained.

“In some places, it’s almost barbaric. In other places, it’s safer. But overall, the state by state regulation in the US is not adequately protecting the state of the boxer.”

Phil Jay is Editor of World Boxing News and an Auxiliary member of the Boxing Writers Association of America. Follow on Twitter @PhilDJay (article transcribed by Assistant Editor).