Miguel Cotto is back in the WBN ratings as Badou Jack makes his move. But there’s no place for Floyd Mayweather.

Defeat against Canelo Alvarez almost two years ago meant Cotto dropped down several spots from his lofty position before the veteran being out over a year saw him completely removed from the Top 50.

Recapturing the super-welterweight crown in fine style against Yoshihiro Kamegai was enought to see Cotto take his place back amongst the elite due to the significance of the triumph.

Cotto is now a place above welterweight king Keith Thurman and just behind former number one Roman Gonzalez who currently stands in eighth spot. 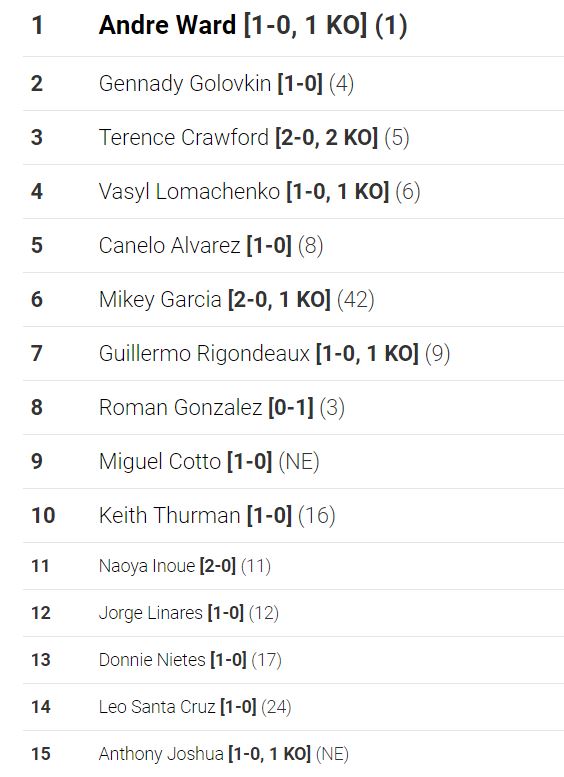 Andre Ward remains leader above Gennady Golovkin, Terence Crawford, Vasyl Lomachenko and Canelo Alvarez, although that could change after September 16.

Golovkin and Canelo go one-on-one in Las Vegas, with the manner of the victory being key to cementing the summit for the winner.

Despite Floyd Mayweather’s stoppage of Conor McGregor, there’s no place in the ratings for the new WBC ‘Money Belt’ holder as the 40 year-old has made it clear he has no plans to face anyone else in the future.

Mayweather stands to make over $300m for his strategic knockout of the UFC star, but will once again ride off into the sunset with his cash.