The Mexican demolished Amir Khan with a bruising right hand that would have given any fighter in the world below heavyweight trouble, and in the process cemented his place as one of the most feared boxers on the planet.

Khan himself completely drops out of the Top 50 having enjoyed a top 30 ranking since rebounding from his loss to Danny Garcia and will need to come back strong in order to regain a foothold in the ratings.

Fellow Briton Anthony Crolla squeaks into the list courtesy of a second crunching world title fight stoppage in succession which has established the Manchester man as the top dog at lightweight. 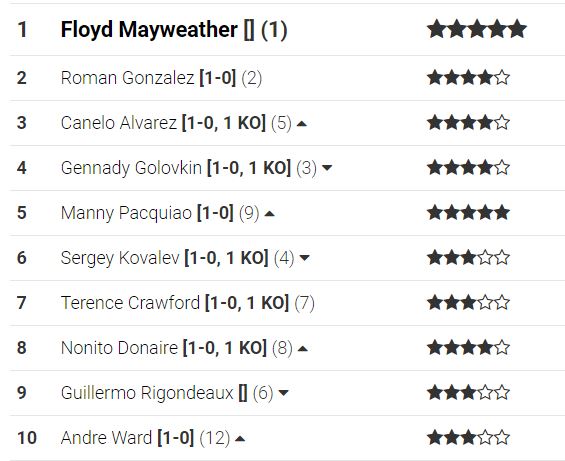 Floyd Mayweather Jr remains the pound for pound king ahead of rock solid talk of a return this year, whilst flyweight force Roman Gonzalez stays in second place.