Lightweight star Ryan Garcia doubts a mandatory fight happens against Isaac Cruz due to ties between the team and Manny Pacquiao.

Garcia believes the Pacquiao was supposed to occur during the pandemic, only to be left disappointed when the Pacman announced a battle with Errol Spence.

Ultimately, the Spence fight fell through, and Pacquiao lost to Yordenis Ugas. The whole situation left Garcia with a bitter taste in his mouth.

After the WBC ordered Garcia vs. Cruz, the Golden Boy superstar is not holding out for smooth negotiations.

“What Isaac Cruz needs to understand and his idiotic manager Sean Gibbons [Manny Pacquiao Promotions CEO], who has nothing but disrespected me.

“He lied to me on other occasions and I’m talking to his son too. I’ll go on to headline at Staples Center [now Crypto Arena] on July 16th while you guys use someone as a pawn.”

The social media influencer then urged Cruz to move on by staying ‘run from them’ later in the rant.

“His management team who was or is part of Manny Pacquiao team straight cost me a Gervonta Davis fight in the past by straight lying to me about that Manny fight.” 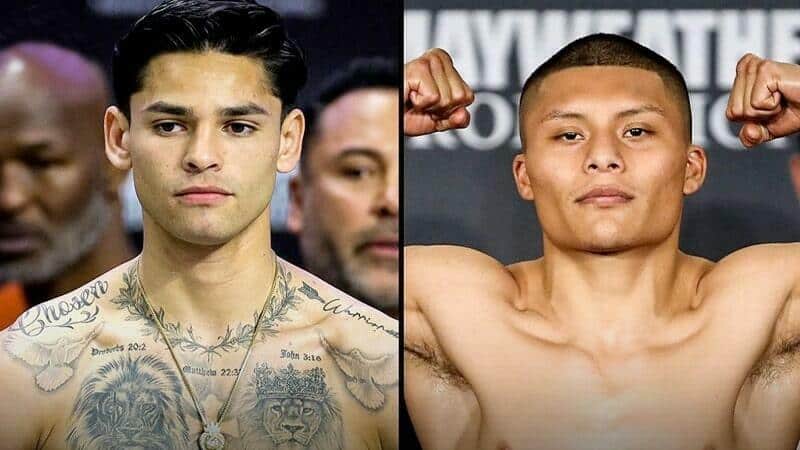 The WBC put out a release earlier in the week to state their lightweight intentions.

“The World Boxing Council orders a fight between great lightweights Ryan Garcia and Isaac “Pitbull” Cruz, which will be an eliminator for the lightweight title currently held by Devin Haney.

“If both fighters and their teams cannot reach an agreement, an auction will be scheduled.

“I’m so excited! It’s time to make this happen. Let’s give the fans what they want!” Garcia had reacted at the time.

“The WBC champion Devin “The Dream” Haney will fight for the supremacy of the 135-pound division. He goes against Australian “Ferocious” George Kambosos Jr., WBO, WBA, IBF world champion, and franchise boxer of the body, on Saturday, June 4 at the Marvel Stadium in Melbourne, Australia.”

As a WBC chance seemingly slips away, Garcia may yet have an alternative opponent for his next bout.