Jermall Charlo called out the big guns in Canelo and Gennadiy Golovkin after headlining SHOWTIME in an entertaining battle on Saturday night.

It was an action-packed night of boxing Saturday night live from Toyota Center in Houston, Texas, in a Premier Boxing Champions event.

“I saw the crowd behind me. My city was behind me,” said the 31-year-old Charlo, who made the fourth defense of his title and was fighting for the fourth time in his hometown.

“I put them on my back. Career-high in punches thrown? I still have more to come.”

Charlo and Montiel played an equal part in the electrifying main event that capped off a special Juneteenth Day boxing celebration.

Charlo threw a career-high 769 punches, yet the gritty, relentless Montiel refused to go down. Instead, Montiel continued to walk forward despite taking incredible punishment, earning Charlo’s respect in the process for his guts and character.

“It took a real warrior to get in the ring with me,” Charlo told SHOWTIME reporter Jim Gray following the bout. “He fought every round as hard as he could.

“I could tell by his eyes that he’s a true warrior from the beginning, and he wanted to fight. It didn’t matter what I hit him with. He wanted more. I love that spirit. He’s going to be great.” 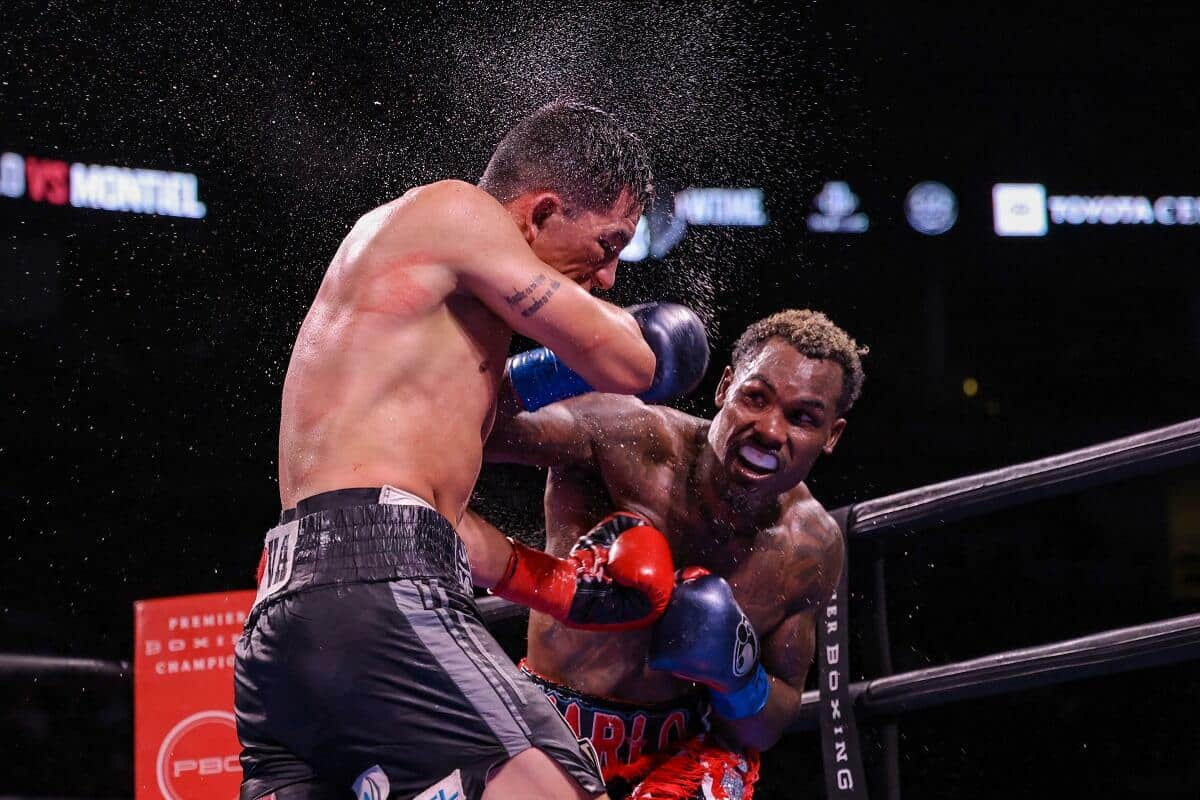 Charlo landed more than twice the punches as Montiel (258-127), including a career-high 201 power punches.

Montiel miraculously survived a grueling sixth round, despite being on the receiving end of 36 punches landed, a majority of them thrown with malice behind them.

In the eighth round, Charlo suffered the first cut of his career as Montiel continued to return punches and opened up a gash over Charlo’s right eye. Still, Montiel was far outclassed in terms of boxing ability and athleticism.

Despite being unable to close the show in front of the raucous hometown crowd, Jermall Charlo displayed his well-rounded game, using a variety of punches to deliver shot after shot on Montiel.

“One-hundred sixty is my weight division,” Charlo said. “I want to unify. I want to get (Gennadiy) Golovkin in the ring. I want to bring him to Houston.

“I want to get Canelo to come to Houston if he comes down to 160. This is my weight division. I’m going to stay here and reign here.

“This is my fourth title defense, and I have many more to come. I’m young. I’m hungry.”

“I needed an opponent of this strength to show what I’m made of,” said the 27-year-old Montiel. “I know with this experience, later on down the line, I will become a world champion.

“But I love to fight. I know that I have the passion, and I have what it takes to become a world champion. I needed to go down this road.”