Further information got released on Thursday evening regarding an expected comeback for Oscar De La Hoya. In doing so, Triller couldn’t resist yet another dig at Floyd Mayweather.

As WBN has been reporting, Triller has got involved in a jabbing fest with Floyd Mayweather CEO Leonard Ellerbe.

Mayweather’s right-hand man was critical of the way Triller took to social media to diss a YouTuber exhibition.

Stating it was “time for a real boxing event” just days before Teofimo Lopez tested positive for Covid-19 could well have been karma for those bad vibes.

Triller even posted a derogatory photoshopped picture of Mayweather, which Ellerbe took offense to and responded in kind.

But now, as they ready to stage a legend event themselves on September 11, co-founder Ryan Kavanaugh couldn’t resist another punch to the gut.

“There is no more anticipated and talked about return to the ring than Oscar De La Hoya,” said Kavanaugh in an apparent reference to Mayweather’s bout, taking place only two weeks ago.

He continued: “His match-up with a legendary UFC Champion in Vitor Belfort will be a must-watch for entertainment and athleticism,” in possibly another as Mayweather took criticism for the amount of holding and clinching in his fight.

Nonetheless, the fanfare was out as Triller secured their headliner for the fall.

The event happens on Saturday, September 11, 2021, in Las Vegas. It’s part of the new TrillerVerz, the first-ever festival bringing together the power of Verzuz and Fight Club into one massive weekend festival. 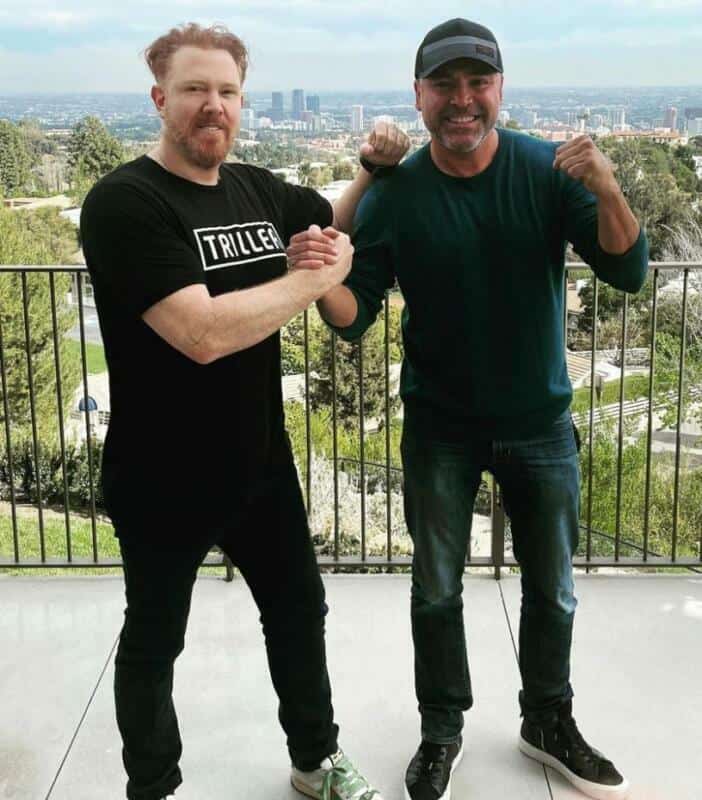 “This will be the first of the TrillerVerz festivals,” they said. “There will be an entire weekend’s entertainment beginning Friday the 10th as “a live Verzuz is planned.

“A full Saturday festival concert line-up will follow this. Fight night entertainment is produced by “So You Think You Can Dance” co-creator Nigel Lythgoe, with the festival continuing on Sunday and Sunday Night.”

Bobby Sarnavesht, Triller co-owner, co-founder, and Chairman, stated: “We continue to create the biggest and most talked-about events of the year. We’re thrilled to introduce TrillerVerz.

“It’s a spectacular weekend of music and events programmed by the legends themselves, Swizz Beatz and Timbaland.

“This is a first step in expanding the Verzuz ecosystem but certainly not the last. It has not only changed culture but is the center of a paradigm shift.

“We listened carefully to the audience and are giving them what they asked for.”

As Triller attempt to focus on events coming up in August and September, the ongoing spat with Mayweather and Ellerbe is unresolved.

Mayweather is yet to comment in an official capacity but can’t be happy at Triller effectively using his name to garner attention.

Rumored to be considering walking away for good, Mayweather might have at least one more event left in him against another YouTuber.