Keep An Eye on These Five Tremendous Fighters in 2021

It feels like 2021 could be the biggest year for boxing in a long time. A lot has transpired over a concise period, and the ongoing narrative and storylines are carrying over to this year.

In every division, there are elite contenders all vying for their big moment, and champions wondering how they can take their game to the next level. Let’s see the fighters you must follow in 2021.

WBO welterweight champion Terence Crawford has been on an absolute tear, destroying every opponent he faces. With 26 knockouts over 35 wins, he is both feared in his division and loved by the fans. He has quickly become a betting favorite in the US where he is from.

After the wave of positive legislation paved the way for legal sports betting in the US, there are now more than 80 betting apps to choose from and they all have Crawford as the usual favorite in his matchups.

For boxing fans, there is only one fight on the horizon they want to see from Crawford, and that is the unification bout against rival undefeated welterweight champion Errol Spence Jr. At some point this fight looked certain, and then the big promise became fuzzy, but promoter Bob Arum has recently said he is confident this fight happens in 2021.

The boxing world was energized by the announcement that heavyweight legend Mike Tyson planned to return to the ring.

Most fans didn’t know what to expect from an event featuring the now 54-year-old boxer, but his bout with Roy Jones Jr. ended up being competitive and entertaining. Now Iron Mike has repeatedly stated that he plans to return to the ring again in 2021.

There is enormous speculation regarding who his next opponent will be. But most fans believe we will see the trilogy fight with Evander Holyfield. This would certainly draw even more attention than his last outing. Keep an eye on Tyson this year as it’s clear the legend has not yet finished his story.

Lopez has recently been dubbed Fighter of the Year by Sports Illustrated magazine. 2019 was a whirlwind for the sensational young boxer as he had four massive fights, claiming the IBF lightweight title from Richard Commey to finish off the year.

While he only had one fight in 2020, it was against the highly respected Vasyl Lomachenko. This was his biggest event to date, and he won by unanimous decision, consolidating numerous lightweight titles as a result.

Since then, Lopez has quickly become one of the biggest names in boxing, picking up plenty of fans. It’s clear that Lopez has two fights on the horizon that make sense from here, and we’re eager to see both. Lopez’s next bout will either be against WBC Champion Devin “The Dream” Haney, or the more likely option versus the number one contender George Kambosos Jr. 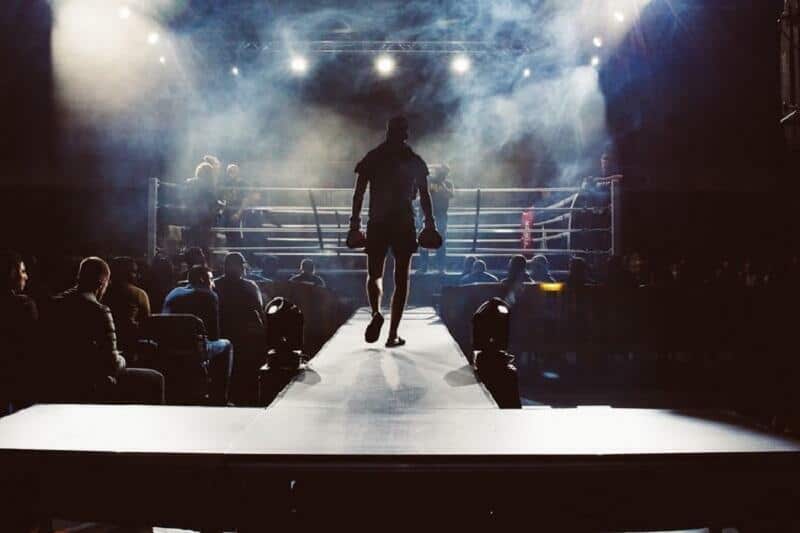 Tyson Fury has made more headlines and drawn more attention to the world of boxing than anyone else in recent memory. He kicked off 2020 in a big way, successfully defeating Deontay  Wilder by TKO in their rematch. While Wilder may try to get the trilogy fight as per their contractual agreement, Fury is already looking to move on with his career.

Naturally, this means defeating his only remaining heavyweight rival Anthony Joshua. This matchup has been called “the biggest boxing match in British history.” For this caliber of a fight, everything must be in order, meaning Joshua will probably defend his title against challenger Oleksandr Usyk first before moving on to this super fight with Fury, presumably in late 2021.

Dubois may be young. But he is drawing a lot of attention in the boxing world. At just 22 years old, he is being called one of the best heavyweights in the sport. With a record of 15-1, he lost his perfect record. But he has also knocked out 13 of his opponents.

This loss against Joe Joyce cost him his titles. But he will not be deterred. Expect 2021 to be a big comeback year for the young slugger as he fights to reclaim his glory and move to the next level in his career.