Former WBO heavyweight champion Joseph Parker is eyeing the chance to push closer to a shot at his old title ahead of a comeback to action.

The New Zealand star is pitted against compatriot Junior Fa next month and knows a win is vital to his chances of staying relevant at 200 pounds plus.

Holding the championship from 2016 to 2018 when Anthony Joshua dethroned him, Parker has been on the peripheral ever since.

Three straight wins against also-ran opponents followed a loss to Dillian Whyte. Fa is a step-up for Parker due to his title prospects.

Should he come through the DAZN battle, Parker has set his sights on facing whoever is the WBO mandatory challenger at the time.

“My gut tells me it could be Usyk or Joyce,” Parker old Marc Gatford via the MyBettingSites.co.uk blog,

“My gut tells me when we get through this fight. Then it’s just a matter of getting the best battle out there.

“Usyk has outstanding movement and ring IQ. But If the opportunity arose, I’d take that fight with both hands. 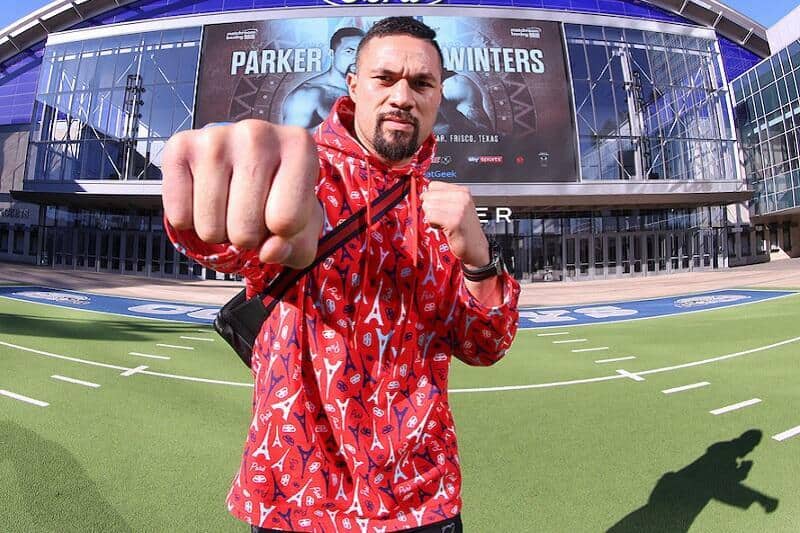 “With the movement and speed that I have, I’d beat him. I’d be too much for him.

“Get through Junior Fa, and I’d love the opportunity to fight Joe Joyce. He put on a great performance against Daniel Dubois; he showed good movement, good jab, lots of improvements, and it would be a great fight.”

As it happens, Usyk and Joyce could clash for the interim WBO belt over the coming months.

Negotiations are ongoing to stave off a mandatory for Joshua against Usyk. Joshua wants to fight Tyson Fury in an undisputed unification instead.

If Usyk vs. Joyce gets over the line in 2021, Parker would surely be on those names considered for the winner, provided he doesn’t lose to Fa.

At present, Parker is ranked number three behind Usyk and Joyce with the World Boxing Organization.

The ratings date back to November, but an alteration of that position is doubtful.