Top Rank promoter Bob Arum aims to secure the biggest heavyweight fight the UK has ever seen before Christmas, but there’s a massive lump of coal connected.

Despite glee from UK fans, the enormous undisputed collision between Tyson Fury and Anthony Joshua is not likely to occur on British soil.

In what promises to be the most unfathomable decision in British boxing history, the biggest ever-all-English heavyweight battle is favored not to in Britain.

According to bookmakers at Betfair, Great Britain is a whopping best-priced 20/1 to stage the fight. As a country in any venue, a 10/1 shot.

How anyone can negotiate to take such a colossal collision between the two best British punchers of the modern era out of their own country is a massive slap in the face for the UK.

Fury vs. Joshua in Saudi Arabia, elsewhere in the Middle East, or even the United States means at least an 8,000-mile round-trip for their respective fanbase.

The latest fractions make for eye-popping reading for Brits. 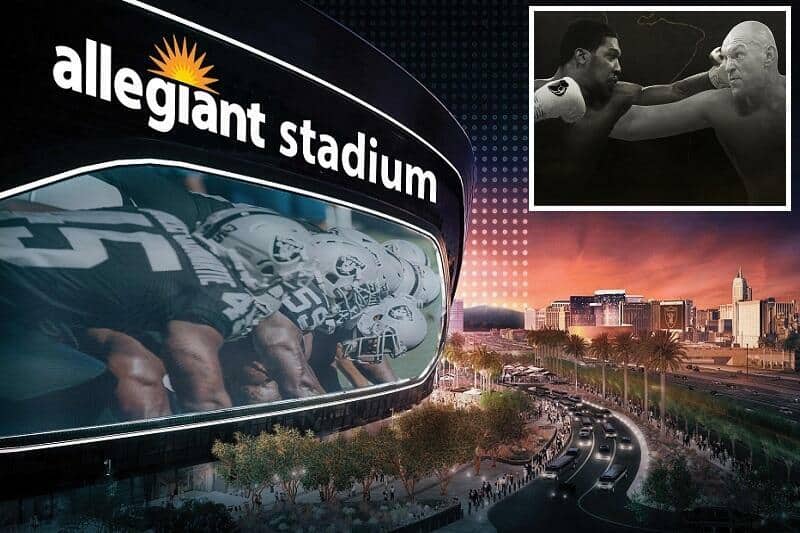 Arum is already in the process of speaking to Joshua’s representatives at Matchroom and Sky. The Hall of Famer is divulging whether the clash is entirely on.

“It looks like the stage is set for the biggest Heavyweight championship fight since Ali-Frazier in 1971 when Tyson Fury meets Anthony Joshua for the undisputed crown,” proclaimed Arum.

Maybe the 88-year-old is forgetting Lennox Lewis vs. Mike Tyson in 2002 or those two Tyson vs. Evander Holyfield bouts during the 1990s – who knows?

“We at Top Rank will start on Monday working to put that fight together,” he added.

Talks were held yesterday, with a date sometime in May on the cards should both sides manage to agree.

Joshua’s side of the coin will almost certainly have to pledge to sign-off on a split-network Pay Per View with BT Sport.

On the US TV side of things, ESPN PPV could grasp sole coverage rights as Joshua is usually shown on a streaming app in America.

Lots must transpire, but why the UK cannot stage a 90,000 Wembley event remains a mystery.

Heavyweight PPV records will not be in jeopardy if two UK names hit the Vegas strip to headline on a paid platform in the US.

British will also have to watch in the early hours of the morning.

Much to do before Santa Claus brings any excellent news to the UK fight fans this Christmas.