Advertisements
Home » Heavyweight without a fight in six years, drops from 3rd to 15th in rankings

Heavyweight without a fight in six years, drops from 3rd to 15th in rankings

It’s been around a year since WBN covered this subject and it’s no surprise to fight more heavyweight drama in the World Boxing Association ratings.

Hot from pointing out the inclusion of Mladen Miljas, who holds a combined opponent record of 93-96-3, Fres Oquendo is holding on strong.

The ex-world title challenger, who hasn’t fought for six years, has dropped from third to fifteenth. A big drop since the last time WBN updated.

Due to legal action taken against the WBA, Oquendo was promised a shot at the ‘regular’ title as far back as 2014.

Several attempts to pit Oquendo against the current ‘regular’ or ‘super’ champion have failed. This has left the 47-year-old’s career on the handbrake. 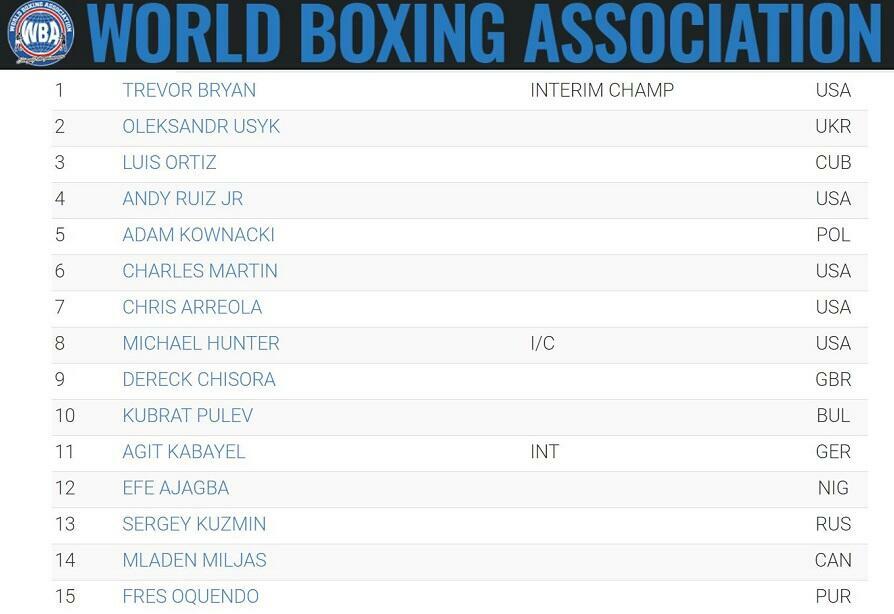 In a further twist, current ruler Mahmoud Charr defending his belt against number one-rated Trevor Bryan has been called off.

This is due to yet another court case victory for Oquendo earlier this year.

Outlining the current situation, the heavyweight exclusively told World Boxing News: “Here’s my Federal order from my case. You will read how the WBA just keeps violating my rights.

“This gives me and my legal team major bargaining chips against them.

“People need to know what is going on. I applaud WBN for putting the truth out in the media.”

“This matter is before the Court on the Motion filed by defendant Global Sports Management GmbH (“Global”). It is to Dismiss the Adversary Complaint for Turnover, Restraining Order, and Damages filed by Fres William Oquendo (the “Debtor”).

“Global seeks dismissal of the complaint against it pursuant to the doctrine of forum non-conveniens and Federal Rule of Civil Procedure 12(b)(6). (Made applicable to adversary proceedings by Rule 7012(b) of the Federal Rules of Bankruptcy Procedure).

“1 Global argues that: (1) the exclusive forum for disputes brought against it under the contracts at issue is Cologne, Germany. And (2) the complaint fails to state a cause of action to recover certain escrowed monies in connection with those contracts.

“For the reasons that follow, the Court finds that: “(1) due to the circumstances in this adversary proceeding and the Debtor’s bankruptcy case, the forum selection clause providing that Germany is the forum in which the Debtor’s dispute regarding the escrowed funds may be brought will not be enforced.

“and (2) the Debtor’s complaint adequately states a claim upon which relief can be granted. As such, Global’s motion is denied.”

Oquendo, no matter how long it takes, can still either lay claim to a title shot or be compensated to what that said bout would have earned.

Therefore, the WBA could be ready to move regarding the situation in the coming weeks. They’ve had ample time during this time off.

Whether it’s Charr vs Oquendo or Charr vs Bryan with a pay-off, something needs to be done soon.

The longer Oquendo remains in the heavyweight rankings, the worse it looks for the WBA.