As the son of a prizefighter, International Boxing Hall of Fame inductee (“Class of 2015”) Ray “Boom Boom” Mancini was born to box, and the Youngstown, Ohio fighter climbed to the top of the sport’s mountain, capturing the World Boxing Association (WBA) lightweight title in 1982.

Mancini’s father, the late Lenny “Boom Boom” Mancini, boxed professionally from 1937 to 1947, compiling a 46-12-3 (16 KOs) pro record. Lenny was the No. 1 ranked lightweight in the world in 1941 and considered a future world champion. However, his dream was sadly shattered when he was wounded during World War II. He returned to boxing after being discharged, but his physical issues due to the wound prevented him from fulfilling his once vast potential.

His son, Ray, took the mantle and ran with it to fame, glory and notoriety as a world champion. He started boxing young and had his first fight when he was 15 at the Junior Olympics in Cleveland. Ray had thought that he would have to wait until he turned 16, because that was the minimum age to compete in the Golden Gloves.

“When I heard that I could enter (the Junior Olympics),” Mancini remembered, “I pressured my father to let me go (to Cleveland). A very close family friend was training some guys in the next town over from us and he was taking some fighters to the Junior Olympics. He said he’d take me there. I won by first fight by first-round knockout and I wound up winning the regional title. I went on to the Mid-West Regional in Detroit and fought a local kid, Sammy Fuentes, to go to the Nationals. He beat me by decision, but I gained my first real lesson about boxing and life: experience is everything. It was my sixth amateur fight and I was told that Fuentes had more than 200. It did not deter me, in fact, it made me hungrier to succeed.”

Succeed he did, despite his aggressive style that best suited the professional ranks much more than amateurs. He won 43 of 50 amateur matches, capturing top honors in the 1977 Youngstown Golden Gloves and Northeastern Ohio Golden Gloves. He also won the Northeast Ohio AAU Championship and reached the quarterfinals of the 1978 National AAU Tournament.

“I lost a close decision in the semifinals of the 1978 National Golden Gloves to two-time U.S. Olympian Davey Armstrong,” Mancini said. “I lost a decision to Anthony Fletcher in the quarterfinals of the 1978 National AAU Championships and once again in the championship final of the Ohio State Fair. In my last amateur fight, I lost a bad decision to defending National Champion Melvin Paul at the 1979 National Golden Gloves Tournament. (After that) I knew I wasn’t going to have another amateur fight and was going to turn pro. 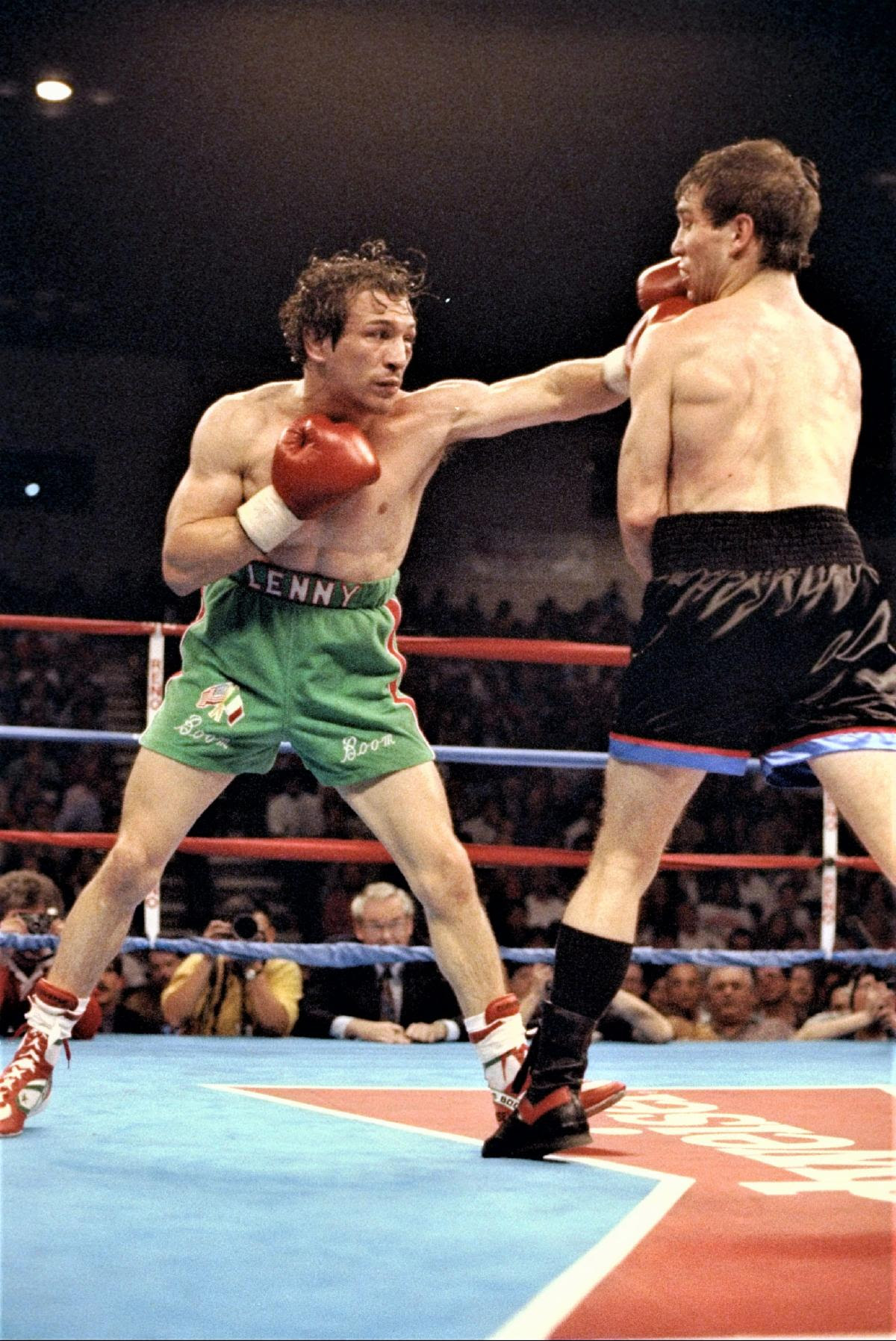 “I had more of a pro style when I fought in the amateurs. Three rounds didn’t benefit me. I never had a four-round fight (as a pro). I started with six-rounders because, for my style, a three-round amateur or a four-round pro fight were pretty much the same for me. Six-rounders were more beneficial to me and that was proven right away.

“I knew I wouldn’t win any of the major amateur championships because of my style. Along the way, though, I beat some pretty good amateurs: Darryl Chambers, Memo Arreola, Tim Christianson and Mark Chieverini. My amateur career just made me even more hungry to win a World title as a pro.”

His seek and destroy style made him an instant favorite as a professional. “I had to be aggressive, as a fighter or on the playing field when I played other sports, because of my natural instincts,” Mancini explained. “I couldn’t sit back and wait for things to happen; I had to try and make things happen. I follow that thinking in my business life as well, but much like the fight game, you have to known when to attack and when to sit back and counter.”

Mancini, who some called a little Rocky Marciano because of the way he fought, turned pro October 18, 1979 in Struthers, Ohio, stopping Phil Bowen in the opening round. Ray fought 15 times in his first year as a pro and extended his winning streak to 19, before he challenged World Boxing Council (WBC) lightweight World champion Alexis Arguello (67-5), who won by way of a 14-round technical knockout, in a fight that was dead even after 10 rounds. After the match, then future Hall of Famer Arguello was quoted as saying: “I think my heart is special, but his (Mancini) is bigger than I have. Someday he will be champion.”

Only seven months and three fights later, Mancini captured the World Boxing Association (WBA) lightweight World title way of a sensational first-round knockout of defending champion Arturo Frias (24-1). Ray dedicated that fight to his father, who was unable to become world champion, due to the wounds he suffered in World War II.

Mancini finished his pro career with a 29-5 (23 KOs), which included victories against world champions Bobby Chacon (523-5-1), Ernesto Espana (35-4), Frias and Jose Luis Ramirez (71-3), and all five of his losses were to world champions – Arguello, Hector Camacho, Greg Haughen and Livingstone Bramble (twice).

“Ray ‘Boom Boom’ Mancini demonstrated the heart of a champion throughout his career,” said Chris Cugliari, USA Boxing Alumni Director. “Even though his in-ring success is primarily discussed at the professional level, the hunger to learn and grow as an amateur is something that inspires today’s USA Boxing champions. He is another example of a USA Boxing alumnus who experienced tremendous success resulting from experiences and lessons from his amateur days.”

Mancini is proud of his roots in Youngstown, which also produced world pro boxing champions such as Harry Arroyo, Jeff Lampkin, Greg Richardson and Kelly Pavlik.

“Growing up in Youngstown helped me tremendously as a fighter,” Mancini talked about his hometown. “We all knew what a tough town it was and is and we knew the stories of all the fighters, amateur and pro, who had left a mark before us. Growing up there, football and boxing were the two sports everybody talked about. If you left a mark in either one, people still talked about you long after you’re playing, or fight days were over. So, to succeed in a town like Youngstown, was a tremendous accomplishment in itself.”