Joshua asked for the opportunity to fight Fury once boxing restarts, rather than following through on an ordered mandatory with the IBF.

Kubrat Pulev has been the number one contender with the IBF for almost three years since a victory over Tyson’s cousin Hughie. The Bulgarian even signed on to fight AJ until an injury ruled him out.

This left Joshua to defend and defeat Carlos Takam in his place, although Pulev has since re-cemented his place.

Despite this fact, Joshua doesn’t want to follow through, even though Pulev has a contract for an agreed meeting on Sky Sports Box Office.

Taking the COVID-19 break as his chance to potentially look for a way of backing out of the bout, Joshua is pushing hard for Fury.

Deontay Wilder, who lost to ‘The Gypsy King’ in February, is already locked in for his third encounter in late 2020. 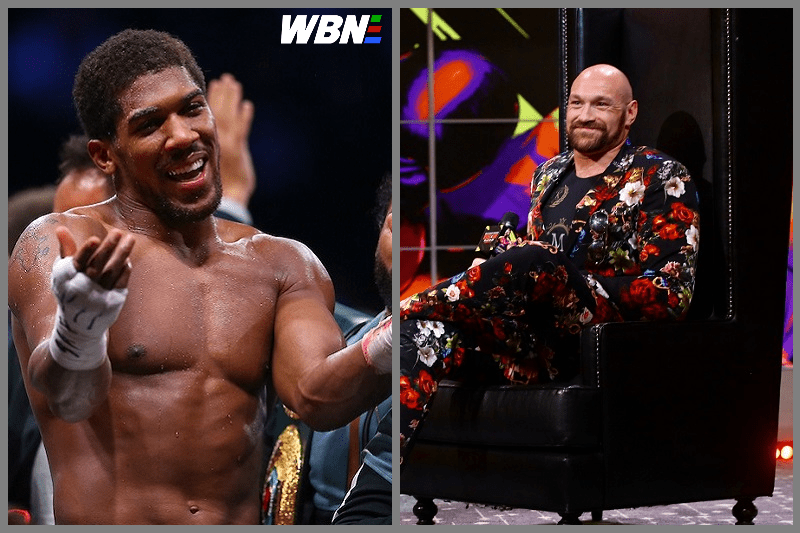 Speaking to Sky Sports, the network that holds televised rights to Joshua events on his home soil, the Londoner said: “It would be amazing to tell Pulev, ‘I think it’s best if you step aside for now’.

“And to tell Wilder ‘we have bigger fish to fry’.

The truth is, Joshua would lose his IBF title if he faced anyone else but Pulev. Meanwhile, Fury wants to rubberstamp his February domination by taking on Wilder again in Las Vegas.

Wilder was also targeted by Joshua with an insult for not accepting a step-aside offer from promoter Eddie Hearn during the coronavirus lockdown.

“‘Enjoy your Alabama chicken while we get cracking in the UK,” urged Joshua to Wilder.

“That fight needs to happen because there will never be another time like this again,” he added.

WBN thought Arum and Finkel would be interested in hearing what Joshua had to say on the matter. Both were firmly not impressed.

Finkel exclusively told World Boxing News: “I’m not sure there is really anything needed to be added to this situation.

“We have covered this and there is nothing more to add, other than we are looking forward to fighting Fury. That’s all.”

Arum, for his part, we one further with his view.