Top Rank has revealed a series of remarkable statistics to celebrate the 54 years of Hall of Fame promoter Bob Arum in boxing.

The 88-year-old took to social media recently to remember his first-ever event way back in the 1960s.

In what has been a spectacular tenure, Arum’s career has gone from strength-to-strength and shows no signs of slowing down.

Bob Arum started at the top, and he’s still here. A one-time practicing attorney who worked in the tax division for the U.S. Attorney’s Office for the Southern District of New York, Arum promoted his first card on March 29, 1966.

Arum planned on staging Ali-Chuvalo in Chicago, but the Illinois State Athletic Commission banned Ali because of his “unpatriotic” remarks about the Vietnam War.

So, Arum went north of the border, and Maple Leaf Gardens owner Harold Ballard welcomed Ali and Arum with open arms. Chuvalo accepted the fight on less than three weeks’ notice after original opponent Ernie Terrell pulled out, and the rest is boxing history.

“It was a memorable, crazy time in our country,” Arum said. “After we were kicked out of Chicago, Ballard told us we could bring the fight to Toronto. He was a man of his word.

“More than 50 years later, Ali-Chuvalo in Toronto is still the most difficult promotion of my entire career.”

Arum wound up promoting 27 Ali fights and turned Top Rank (incorporated in 1973) into an international brand that has promoted 2,079 fight cards and 655 world title bouts in 42 U.S. states and 92 foreign or international cities.

Many of the greatest fighters of the past half-century have fought under the Top Rank banner, including: 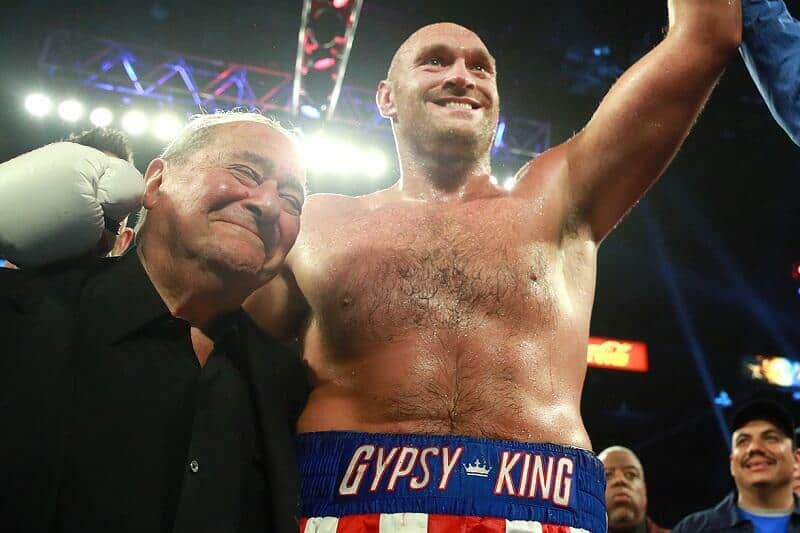 Said Arum: “It has been one hell of a 54-year ride. I’m honored to have promoted many of history’s greatest boxers.

“I could have never foreseen this 54 years ago. I look forward to many more memorable nights at ringside.”

Top Rank/Bob Arum By The Numbers:

824: Shows on ESPN family of networks.

219: American cities in which Top Rank has promoted.

92: Foreign or international cities in which Top Rank has promoted.

42: States in which Top Rank has promoted boxing.

26: Foreign countries in which Top Rank has promoted, plus Puerto Rico.

It’s been a blast.