Former two-time heavyweight champion of the world, ‘Big’ George Foreman has revealed he almost made another return to the ring at 55 years old.

Now 71, the Olympic gold medalist was mulling over whether to lace up his gloves again in 2004. The consideration came seven years after his second official retirement.

Foreman had walked away in 1977 after losses to Muhammad Ali and Jimmy Young before making a remarkable comeback ten years later at 38.

Having knocked everyone and their uncle out for the next seven years, Foreman then became the oldest top division ruler in history against Michael Moorer.

Finally stepping away at the age of 48 in 1997, it was thought the American had completely ended his time in the sport.

Behind the scenes, this wasn’t entirely the case, as Foreman explained.

“Yeah, I was going to make a comeback at the age of 55. I was going to stay out and come back at 55,” Foreman told Jenna J of On The Ropes Radio. “I was in good shape.

“My wife convinced me that I would have to live in that mobile home outside if I ever go back into boxing. I showed her that I could do it. But she said, ‘George isn’t that the way you want to leave the sport? Feeling like you could still do it?’

“I had never considered that. But I said, ‘I could do it!’ and she said, ‘That’s the way you should want to leave’ and I never came back. 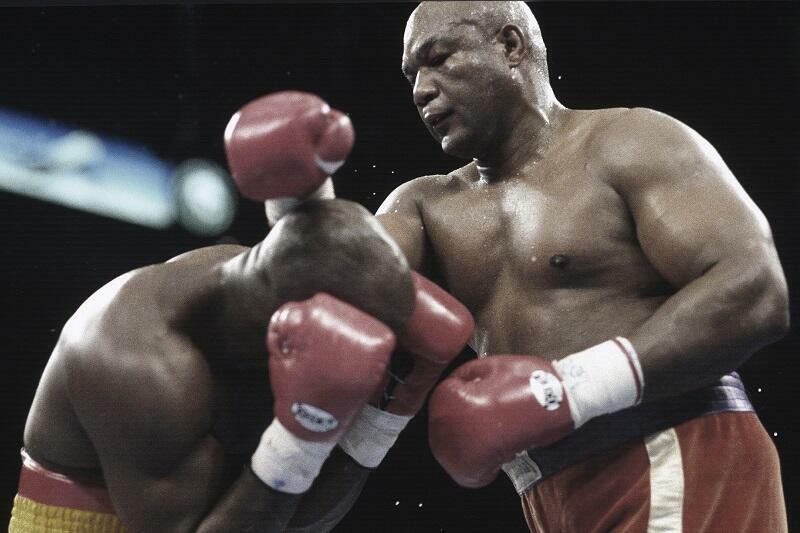 “I just forgot it because to wake up every morning feeling like you can still do it is it a thrill. But to have someone beat your brains out and you figure I could never do it.

“I don’t think I ever wanted to wake up like that,” he added.

In the end, Foreman left the ring on a Hall of Famer standout mark of 76-5, with an unbelievable 68 knockouts.

Going on to be a successful businessman with his ‘George Foreman Grill’, the massive puncher never again looked back.

A commentating career followed too as Foreman used his voice to become one of the best-loved analysts of all time.