The 154-pound fight was a perfect storm of drama as Malignaggi’s longstanding “beef” with UFC mega-star McGregor had led him to facing the Irishman’s stablemate and friend Lobov.

Lobov, competing in his second straight BKFC fight, did enough to see out a victory. The Russian completely ended the two-weight world boxing champion’s fight career.

A disillusioned Malignaggi made his thoughts clear in the post-fight interview.

“I am not sure what the judges were looking at, but I felt like he walked into a lot of my jabs and check left hooks,” said Malignaggi, who may have broken his hand during the fight.

“Maybe it’s beneath me, but I thought I would give it a shot, give him a shot. Maybe I was wrong. I am 38 years old so I am not interested in campaigning or competing in Bare Knuckle against this loss. 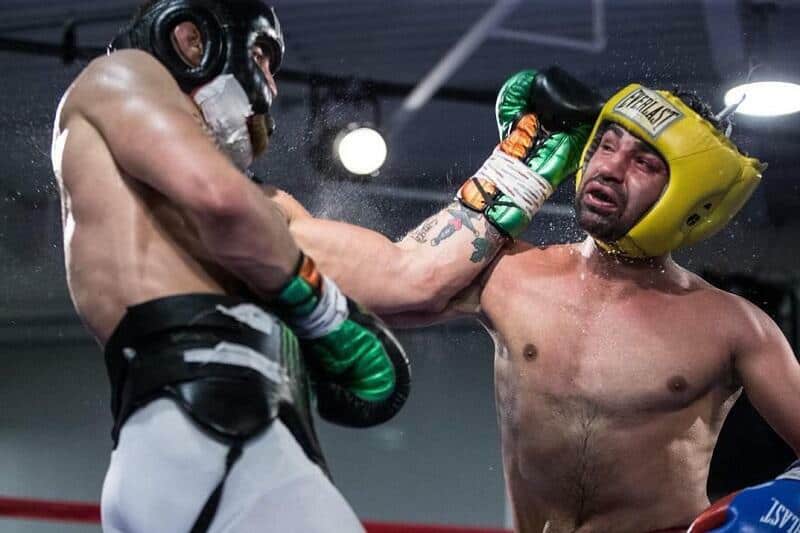 “I kind of liked the adrenaline rush and it was different, but I am done.”

This means the chance of fans seeing another grudge match between McGregor and Malignaggi is gone.

McGregor and Malignaggi shared an infamous sparring session in 2017. They traded blows at the UFC Performance Center in Las Vegas.

After the rounds, a video and photos were shared showing Malignaggi in a bad light. The Italian-American has always disputed he was dominated by ‘The Notorious’ one.

For Lobov, ‘The Hammer’ can now look forward to another pay-day without padding on his hands.

“This was an emotional fight for me,” said Lobov. “I started more on back foot than usual, but still pressed and stalked him.

“Even though many people talk a lot about fighting and Paulie had a lot to say, he showed up to fight so I respect him for that.

“The feud is over and we move on. I am happy I was victorious tonight. So I can focus back on my family and my son. It’s all about him now.”