Deontay Wilder’s co-manager Shelly Finkel has opened up to WBN on the fallout of a failed rematch with British rival Tyson Fury.

Finkel was as disappointed as anyone when the return bout collapsed. Fury’s new ESPN deal had placed a significant block on an already agreed deal.

The pair had thrashed out a second Showtime Pay-Per-View battle for May 18th. This came on the back of a superb first fight in December.

Just as contracts were ready to be inked, ESPN and Top Rank stepped in with a huge five-fight deal for Fury.

This included a warm-up fight before any Wilder saga continued. Ultimately, this ended hopes of the pair meeting next.

“We were ready to do the rematch next and they obviously weren’t,” Finkel exclusively told World Boxing News. “It seems Top Rank didn’t want Fury to fight Deontay next, and so we move on.”

Asked whether Fury’s UK promoter Frank Warren had any input, Finkel replied: “I’ve been speaking to Frank every day. But it seems the ESPN deal meant the fight wasn’t going to happen.

“We were open to a co-promotion with ESPN to make the rematch. It also would have been a two-fight deal. But I guess it’s not the right time for them.

“They said they wanted to fight and now they don’t.” (???? Amanda Westcott) 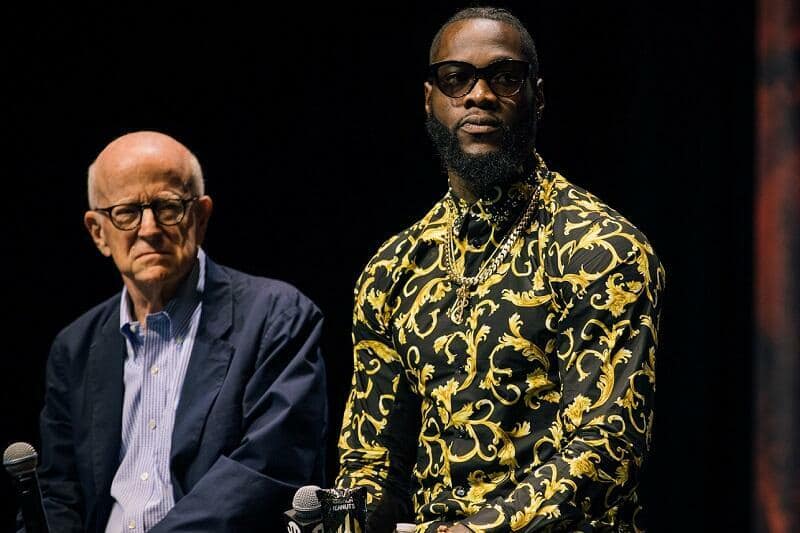 An offer was made to Wilder, as stated by Top Rank boss Bob Arum in previous interviews surrounding the Fury deal.

Indulging in the details, Finkel said it just wasn’t an acceptable proposal as the Fury fight was pushed further back than they wanted.

“We did receive an offer from Top Rank which included a multi-fight deal with Deontay,” The New Yorker explained.

“The deal effectively meant signing Deontay over to them and included a purse for a fight before the Tyson Fury rematch. But we didn’t want to – and are not going to – give up our fighter up to them.

“If we wanted to do a fight beforehand, we would do it ourselves.”

Concluding on the ESPN deal and moving forward with Showtime, Finkel stated: “We never got as far as talking TV or sharing networks with ESPN as they just wanted to take a fight first.

“We didn’t want to take a fight first. The only fight we wanted next was Tyson Fury.

“The fight was there for him and he didn’t take it. So when the public ask him in the future, ‘how come you didn’t take the fight’ – it’s going to be hard for him to give an answer.

“Deontay will still fight in May, either in New York or Las Vegas and his plans won’t change,” he added.