Dillian Whyte has turned down numerous offers for a rematch with Anthony Joshua, WBN has revealed over the past few days.

WBN learned an initial bid of almost £3m was followed up by an increased £4m plus. Eventually, promoter Eddie Hearn raised the stakes to over £5m.

That final rejection has now pushed Joshua and Hearn to make firmer steps towards Jarrell Miller.

AS WBN pointed out on January 10, Miller’s handler Dmitriy Salita was keen to secure the clash when it suited all parties.

Salita had said: “Eddie and I have a great working relationship. We have discussed this possibility for some time now. I believe the fight will happen at the right time.

“Joshua already knocked out Dillian Whyte. So while it may be an interesting fight in the UK, I don’t know its interest in world boxing terms.

“Miller vs. Joshua is one of the biggest fights in boxing. I am confident it will happen at the right time. If it’s Joshua’s next fight, I don’t know. That’s up to him.

“No dates have been discussed at the moment. We are moving forward with progressing Jarrells career on his path to a world title.

“We want to make history and join the ranks of Brooklyn heavyweight greats Mike Tyson and Riddick Bowe.

“There have not been any real discussions, so there is not a deadline that I am aware of. 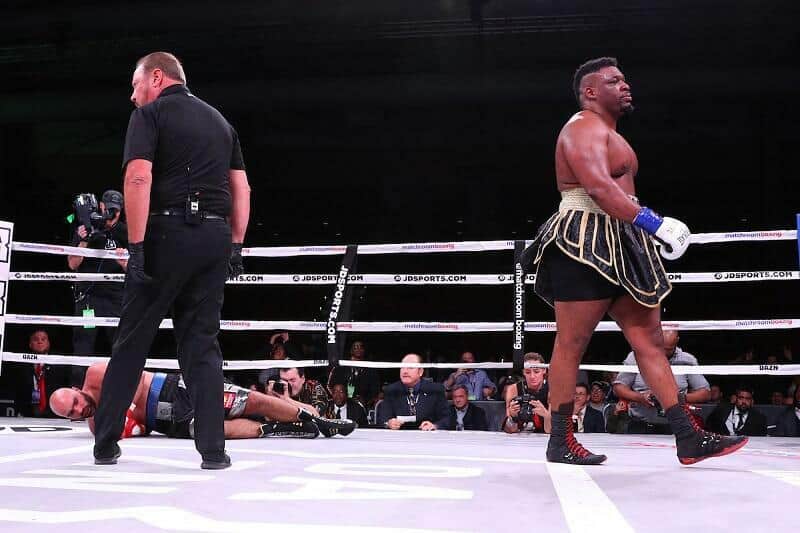 “Jarrell wants to fight the best champions and contenders in the division. He has expressed his interest in fighting Joshua, Wilder, and Fury. He wants the best and biggest names.

“With Jarrell’s credentials in the ring and charisma outside it, each one of these super fights would be huge cross-over sporting events,” he concluded.

That was followed up by a denial of any talks on January 21.

“There have been no new developments since I communicated with World Boxing News last. I have not had any discussions about a possible Anthony Joshua vs. Jarrell Miller fight.

“I saw some reports about the Joshua v Miller fight being possible for DAZN in June. But I haven’t communicated with Eddie (Hearn) about this possibility.

“I have nothing to comment on at the moment,” said Salita.

On Tuesday, a breakthrough had finally been made on the back of Whyte playing hardball over a second fight with Joshua.

“We have had talks with Eddie Hearn regarding a fight between Jarrell Miller and Anthony Joshua,” the New Yorker pointed out.

“At this point, it’s hard to judge at what stage they are. I get a feeling that Dillian Whyte is a strong consideration.”

Asked if June 1st was the likely date should a firm agreement be made, Salita replied: “Jarrell vs. Joshua is one of the biggest fights in boxing.

“It will happen at the right time. Boxing history will determine when that right time is.”

Since then, WBN understands Miller is in the driving seat, and the AJ encounter is his to accept or reject.

Miller was recently stipulated to face Trevor Bryan in a WBA #2 eliminator. This is a solid backup option and would give ‘Big Baby’ another year to prepare for Joshua.

There would also be the potential for better terms. Although both Salita, Miller, and Greg Cohen (co-promoter) may want to strike while the iron is hot.

At this point, Joshua v Miller is more likely than Whyte despite things changing regularly. A date in New York sometime in June remains a firm possibility.

Joshua v Whyte 2 at Wembley Stadium on April 13 is seemingly a non-starter due to a lack of time to prepare.

Any further progress would need another improvement of terms by Hearn to salvage what would be a UK PPV event.

A late-minute change of heart by Whyte would give fighters just eleven weeks to prepare for mid-April.

The next date available at the National Stadium is May 18.