Anthony Joshua SIGNS CONTRACT, urges Deontay Wilder to follow with promises of PREVIOUS ISSUES being TAKEN OUT of deal 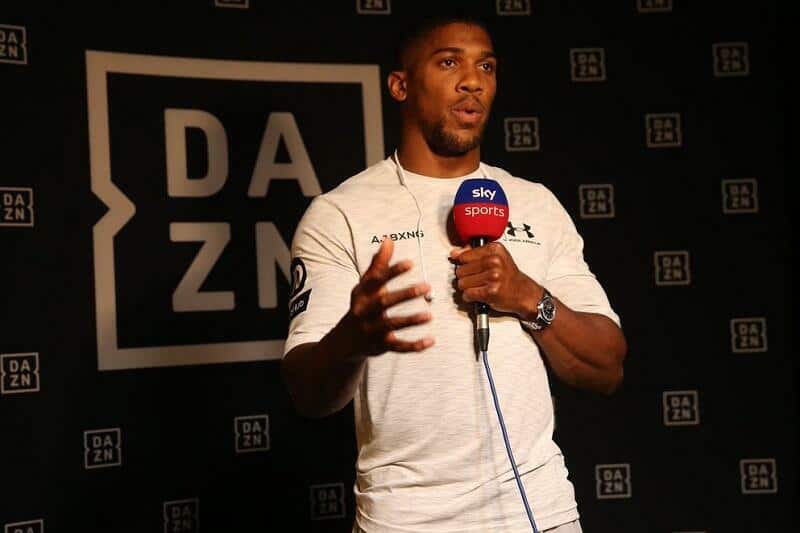 Anthony Joshua has confirmed he’s signed a contract to face Deontay Wilder in April at Wembley Stadium and has urged the American to do the same.

‘AJ’ wants Wilder to put pen to paper on an offer the heavyweight king says is bereft of previous issues named by Wilder and his co-manager Shelly Finkel.

Wilder refused to consider the deal in place with Joshua when the Briton signed on to face Alexander Povetkin first and insisted on a one-fight contract with no rematch for the American the fight after.

Joshua now says those stipulations are no longer on the table and Wilder should agree to trade punches in a massive unification next spring.

“I’ve secured the date, the location and I’ve listened to all the issues they’ve found within the contract, I’ve gotten rid of them. I’ve added all the good points and my side has been signed,” Joshua confirmed to Sky Sports at the DAZN press conference announcement on Tuesday.

“All we need to do is wait for Wilder’s ink to dry and the fight is locked in. I don’t need to wait another two or three months to hear any more issues, I’ve done that. I’ve been dealing with the for the last few months.

“We’re here now. I’ve signed my side. All we need now is for Wilder to sign his side and the fight is locked in an official,” he added.

It’s not yet known whether Joshua is willing to include the second bout clause insisted on by Wilder, who wanted to host the rematch in Las Vegas and televise it on Showtime PPV.

With Joshua signing a TV agreement with DAZN, it could be another stumbling block for the blockbuster to get over, with many more points to be covered before a signature can be forthcoming from the ‘Bronze Bomber’ anytime soon.

Without the insurance of a return on his terms – if victorious – it’s hard to see how any champion, let alone Wilder, would be able to agree a one-sided offering for what is a huge clash for all the marbles between two undefeated fighters.