Charr has been preparing back in the Hamburg at the training center of EC-Boxpromotion.

“I was already here before the last fight with coach Bülent Baser,” said Manuel Charr. “He is the perfect complement to my own team with Clive Salz and Patrick Dobroschin. With their calm and experience, Bülent brings plenty to my fights. “

On Thursday of last week, sparring ended for the ten-rounder in Grozny. Charr was supported in the past 14 days by the heavyweights of the ECB team.

Christian Hammer, Adrian Granat, Nikola Milacic and Senad Gashi have been on hand to put Charr through his paces.

“So many heavyweights to complement each other together,” says Baser. “We have gladly taken Manuel as It also helps us. On August 28, Adrian Granat and Christian Hammer fight themselves in Romania. With Sherman Willams waiting there for Christian its a tough task so good to have all the help. Training against dogged fighters like Manuel Charr has brought a lot. “ 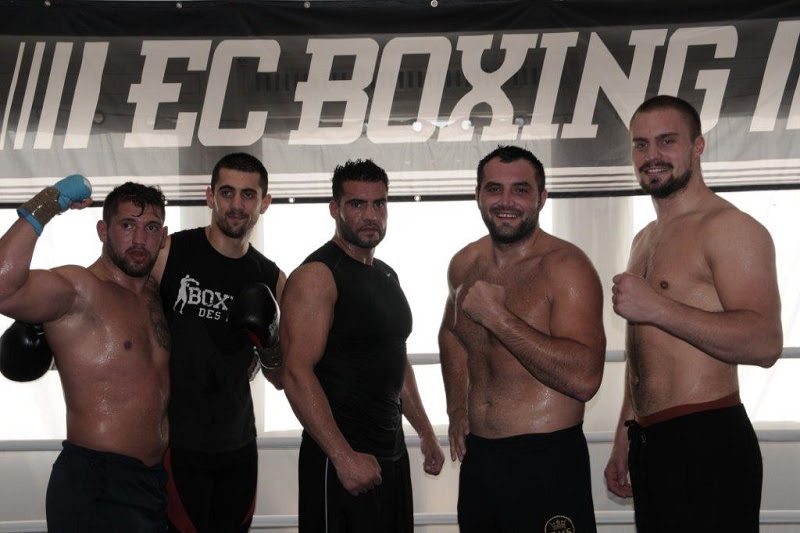 For Charr there is much at stake. After his unjust defeat against Frenchman Johann Duhaupas in April 2015, he lost his good ranking positions in all four world organizations.

It now looks like the Frenchman could get a championship fight against Deontay Wilder which is another blow to Charr. Another defeat against Briedis could further damage his career.

“I do not think about it. I want to be the first Arab world heavyweight champion. This goal I still have in my mind, “said Charr.