The 32-year-old, for an eight-rounder as he looks to build on his Stateside win over Ronnie Warrior in August, was gloved-up and ready to go until Senchenko crippled Hatton with a ninth-round body shot.

Inexplicably, the Londoner’s contest was then pulled from the card by Hatton Promotions matchmaker Richard Poxon, and Theophane is now considering his next move following the disappointment.

“It was due to bad organization from the head of boxing Richard Poxon that my fight did not happen,” Theophane told World Boxing News.

“Because of Richard Poxon, Hatton promotions are in breach of contract with me. The only reason I’ve stayed is that Ricky himself believes I have a bright future, but Richard makes the fights, and he has not done his job on my part.

“Who on the Hatton promotions has gone to America and been victorious? – Only Ricky himself. 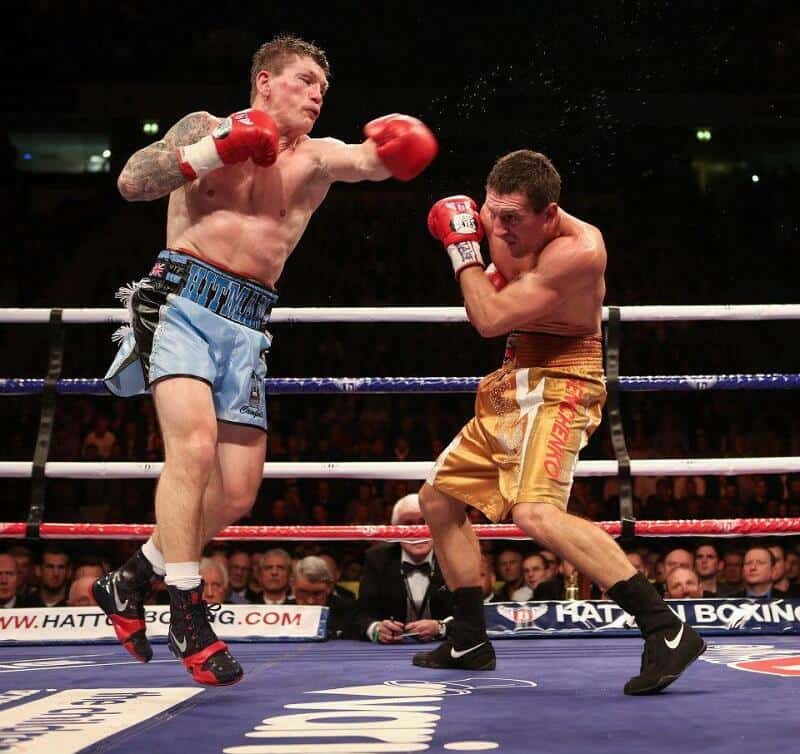 “Fans and media have contacted me in their disgust that such an accomplished fighter like myself was not on, but Richard did make sure that his two fighters fought.

“I know that 2013 will be a great year for me, and it was an honor to be part of Ricky Hatton’s comeback fight. It is just a shame that Richard Poxon’s incompetence kept me from getting my 33rd win.”

‘Treasure’ was pictured backstage with Paulie Malignaggi (see above) ready to fight in front of the 19,000 capacity crowd at Manchester Arena and now looks likely to have to wait until 2013 for his next outing.