Deontay Wilder makes his first foray into the music business this month after announcing his return to boxing for later in the year.

Wilder, who held the WBC heavyweight title from 2015 to 2020, worked with younger brother Marsellos on a few tracks.

Wilder said his career is far from over at the unveiling of a new statue in Tuscaloosa dedicated to his achievements.

“I can’t stop right here. But I must continue my journey. I have to, I have to,” said Wilder. I’m looking to resume my career for sure. I’ve got a lot of other things I’ve got to get out of the way.

“I’m taking away from my children if I come back. Because now I’m able to enjoy my life fully like I want to.

“I sacrificed so much to be in this position in my life, to be able to live my life like I want for the rest of my life.” 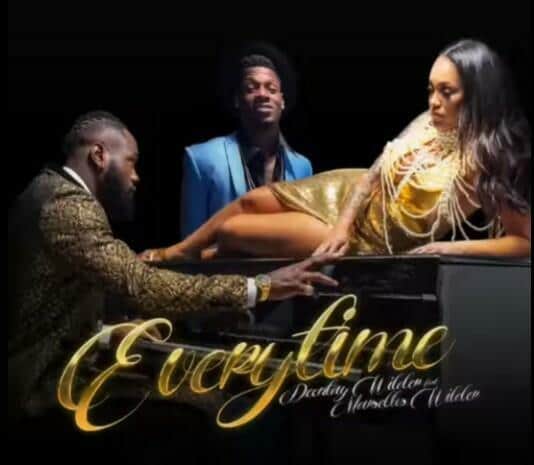 Regarding their music, after feedback from fans, the pair decided to release their first single. Marsellos, a boxer himself, revealed the news.

“Big mood! Big news! I have been having many people from different cities, states, and countries ask when we will drop this song.

“Well, we are all about giving the fans what they want, so come this June 19 (Juneteenth), we will be dropping our first song called “Every time.”

“It features me, Marsellos Wilder, with Deontay Wilder. Pre-sales will be available on June 10 on all platforms. Big summer vibes, enjoy!”

The news comes after Marsellos also signed a deal to continue his career in the ring. Pro Box TV, a new venture by Roy Jones Jr., Juan Manuel Marquez, Paulie Malignaggi, and Antonio Tarver, snapped up the cruiserweight despite two recent losses.

Wilder fans can now look forward to both Marsellos and Deontay fighting again and their new music career launching in the same year.

Jones Jr. confirmed the subscription-based promotion aims to be a game changer.

“With me, Juan, Tarver, and Paulie all ringside calling the action and then taking fans behind the scenes, subscribers of ProBox can expect a whole new experience watching and following the sport,” stated Jones.