Golden Boy Promotions regret not getting a ten-strong list of fights over the line, including Floyd Mayweather vs. Oscar De La Hoya II.

According to a man very close to one of the participants, a rematch between Mayweather and De La Hoya should have occurred.

Boxing’s Baddest man Mike Tyson taking on tough Kiwi David Tua would have been an all-out war between two of the toughest heavyweights of the 1990s era.

Those fights are part of a roll call of lost events revealed by Golden Boy Promotions matchmaker Robert Diaz.

Airing some of his best match-ups that ultimately failed to make it over the line, Diaz outlined an impressive wishlist.

The first bout went down in 1999. Trinidad came out on top by the tightest of margins at the MGM Grand in Las Vegas.

Trinidad’s majority decision marked a first-ever professional loss for De La Hoya. He never got the chance for revenge.

In 2007, De La Hoya passed the Pay Per View torched to Floyd Mayweather in a fight that was firmly the beginning of the next generation.

Mayweather took the mantle and held it for over a decade. In 2015, murmurings that Mayweather could bow out in a second fight with De La Hoya dispersed despite bad blood on social media.

No doubting this one would have been a Mexican cracker – a Fight of the Year, no doubt.

We all know the story of this one. Pressured by the WBC to defend against Lewis, Bowe ultimately chose to bin the belt in a public display of defiance.

During the mid-2000s, there were several rumors the pair could clash. It didn’t pan out for the fans, who would undoubtedly have been the winners.

Two big hitters in their day, somebody would have been knocked out in this one. 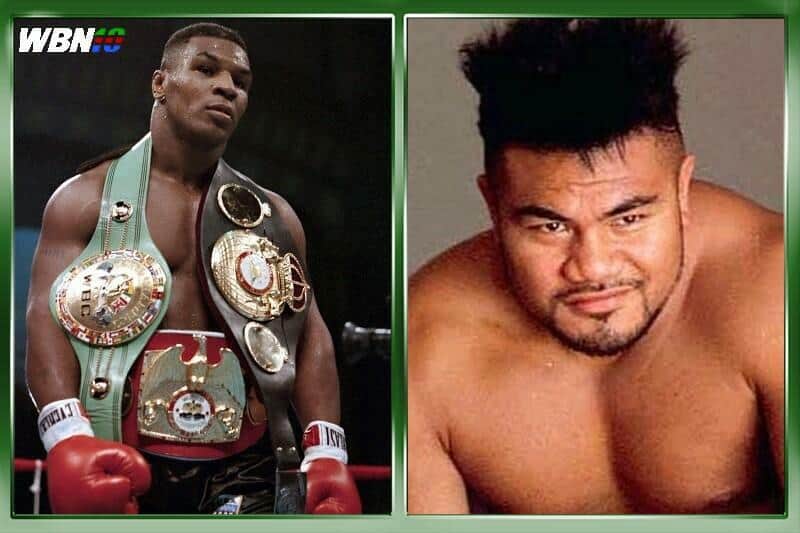 During the mid-1990s, Mike Tyson was on the comeback trail after losing his title and spending time in prison. At the same time. Tua was bulldozing his way through the rankings.

Barring Lennox Lewis and Evander Holyfield in big-money PPVs, Tyson never really ventured towards the other contenders. Therefore, this fight was sadly never on the cards.

Gatti vs. Paez would have been a great battle of two warriors.

Another Mexican feast that we all should have enjoyed.

Only weight fluctuations by De La Hoya stopped a battle with his fighter from happening.

In the new age of exhibitions, maybe some could still happen. Who knows?