As World Boxing News first reported, Lennox Lewis and Mike Tyson were on a collision course for a second fight.

The former undisputed heavyweight champion held some interest in a rematch with Tyson when exhibitions were all the rage last year.

Lewis, who defeated Tyson in a mega-money battle in 2002, has resisted several calls to come out of retirement. But Lewis would have been all ears to Tyson if the money on the table was big enough.

Tyson even announced the fight for September 2021 when talking to several outlets.

Known as “The Pugilist Specialist”, Lewis last fought against the future heavyweight king Vitali Klitschko in 2003. However, following a controversial stoppage win, Lewis hung up his gloves despite calls for a Ukrainian return.

Lewis correctly backed Klitschko and his brother Wladimir to be the future when stepping away.

He also stated: “I am proud that I have the luxury of ending my career on my terms.

“This should serve as a real-life example for other boxers and professional athletes.

“Boxers, like all athletes, must realize how important it is for them to understand every aspect of the business dealings that surround them.

“I am excited about the future of boxing. I know Vitali Klitschko is disappointed that we won’t be facing each other in the ring again.

“But the challenge before him now is the same challenge that I faced years ago; to become the best heavyweight of his generation.

“I look forward to watching Vitali, Corrie Sanders, and other boxers compete for that honor.”

After signing off his February 2004 speech, Lewis concluded by mentioning opponents linked to facing him again.

“A special thank you to each of the men I’ve fought.

“This includes boxers like Ray Mercer, Evander Holyfield, and Mike Tyson, who brought out the best in me in the defining fights of my career.

“And thank you also to all the other men who entered the ring to exchange blows with me.

“They are part of my story, and their names will go down in history in the record book next to mine.”

The caption read: “Do you want me to dust these off?”

The Londoner also stated that ‘the transformation always begins here’ when showing a picture of him wrapping his hands.

Hearing Evander Holyfield state he could make $100 million to face Tyson in an exhibition rematch spiked interest for Lewis.

Facing either Holyfield or Tyson again was worth a lot of money to the 55-year-old. 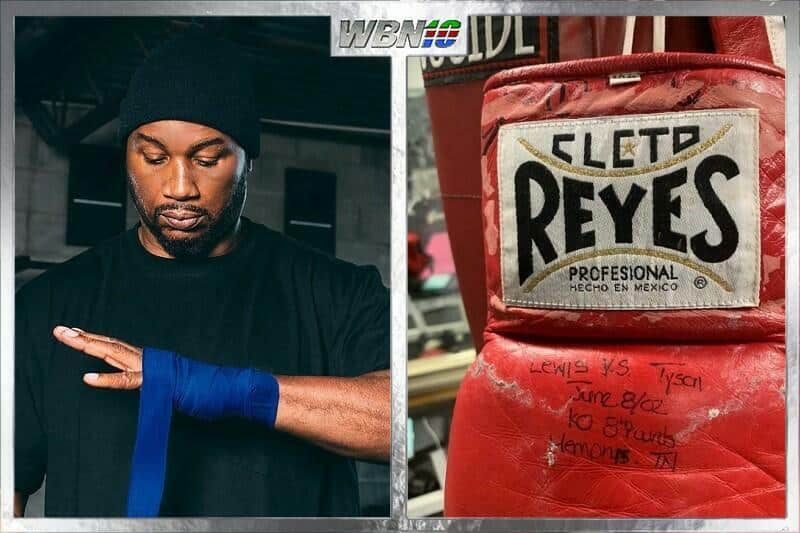 The scenario came after Mike Tyson fought Roy Jones Jr. in a tester event. The headliner sold over one million Pay Per Views.

Those numbers held predictions of opening the floodgates to the Lewis generation. A golden era in which the 1988 gold medalist was the top dog.

It never happened when the Tyson vs. Jones one-off got shown up by a shocking fight between Vitor Belfort and Holyfield.

Gladly, the situation seems to have quietened down, and Lewis can go back to relaxing.

Nobody expected Lennox Lewis to ever fight again, even with the Tyson comeback. As the man himself said, it would take a lot of money for him to put down his pipe and slippers.