Otto Wallin has to settle for an also-ran interim fight after previously signing to fight Dillian Whyte and chasing a Tyson Fury rematch.

Whyte called off their fight, citing injury, before agreeing on a mandatory battle with Fury at Wembley. Although present at the contest, Wallin was more of a frustrated spectator.

With his career at the very top level stalling, promoter Dmitriy Salita has confirmed Wallin’s plans to fight this month.

“The fight happens on Thursday, May 26, 2022, in the Lincoln Ballroom of the Ford Community & Performing Arts Center in Dearborn, Michigan,” said Salita Promotions.

Wallin hails from Sundsvall, Sweden. He’s an athletic southpaw heavyweight who does everything well.

The 31-year-old Wallin made the world stage and captured headlines in 2019 when he waged a thrilling war with linear world heavyweight champion Tyson Fury and came extremely close to scoring a monumental stoppage upset.

Then unknown and a 10-1 underdog, Wallin took the fight to Fury early and cut the superstar Englishman for 47 stitches with a surprise left in the third round.

A nail-biting back-and-forth war of attrition that Fury eventually pulled out via close, controversial unanimous decision. 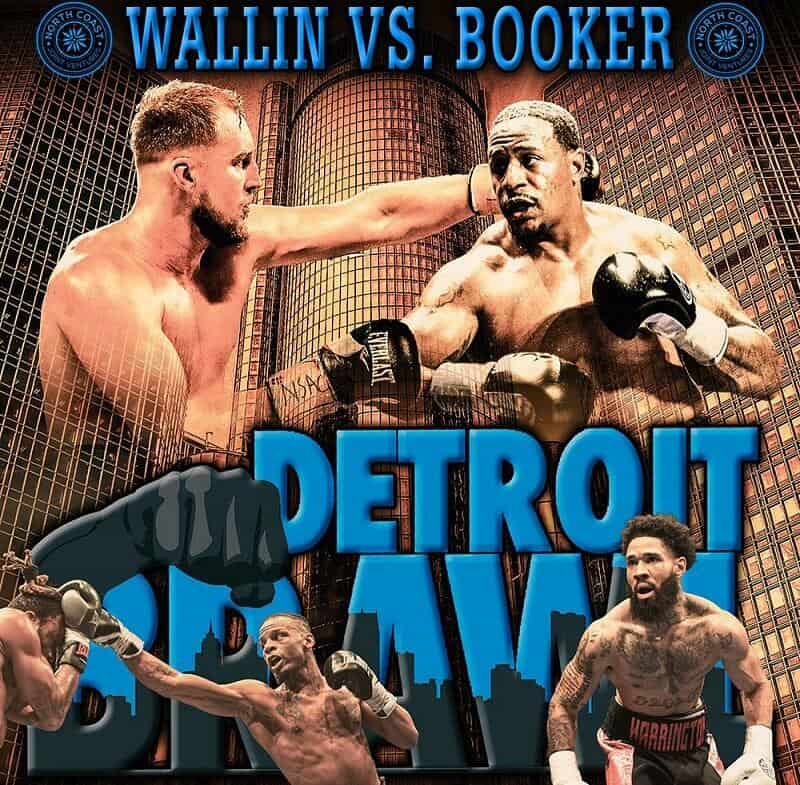 Wallin now lives and trains in New York under the tutelage of famous former two-division champion Joey Gamache at Mendez Boxing in Manhattan.

“Training is going really well,” said Wallin. “I’ve been getting a lot of work in over the last few months.

“I saw Booker when he fought Franklin, and I know he’s an experienced and skilled boxer. He’s not someone I will underestimate, but this is a fight I need to win.

“I appreciate my promoter, Salita Promotions, keeping me active. This fight is the first time I will fight twice in a year since 2019. I’m looking to put on a good performance.”

Tickets for “Detroit Brawl” start at $40 at https://www.eventbrite.com. Tickets ordered online will be placed in will call the box office for pick-up.