A heavyweight from England once dubbed ‘The New Mike Tyson’ due to his ferocious power is on the verge of securing a world title shot.

Daniel Dubois, a 24-year-old with a one hundred percent knockout ratio from his 16 wins, is on the warpath for the WBA championship.

‘DDD’ got promised a chance at Trevor Bryan’s secondary WBA heavyweight crown as Gilberto Mendoza scrapped his and all interim versions.

Bryan must defend against Dubois after his next outing on January 29. Failure to do so could see Dubois handed the belt without a fight or competing for the vacant strap.

Whatever happens, Dubois is just one victory away from becoming mandatory for the winner of Oleksandr Usyk vs. Anthony Joshua II.

“It is a new year with new things on the horizon, so I am really excited,” Dubois said on the Unibet Lowdown.

“That [the Trevor Bryan challenge] is a fight that is going to happen. It is a fight I want and a title I want.

“Things are ticking over at the moment, and it will hopefully go that way.

“I definitely fancy it. Since last year when it was mentioned to me, I wanted it straight away.

“It has got to happen this year. I am more than ready. Whether it is in England or the US, I want to get my hands on that title and bring it home.” 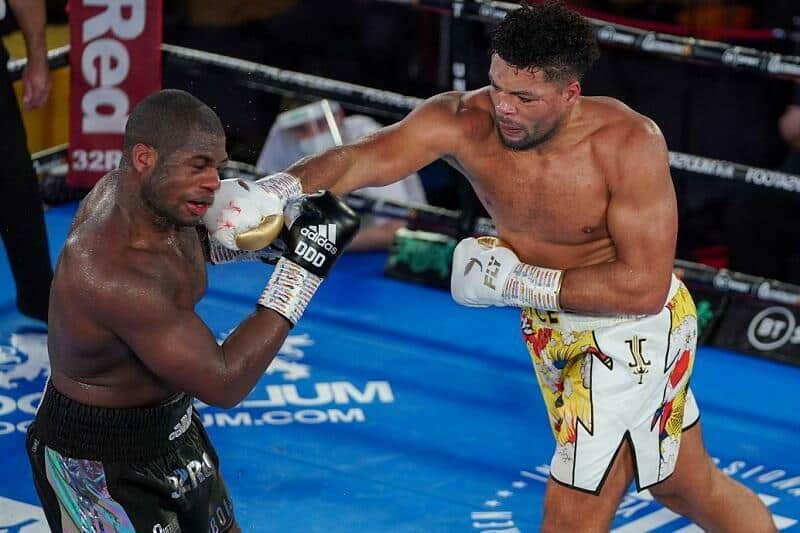 On bouncing back from his 2020 loss to compatriot Joe Joyce that saw him lose his ‘Mike Tyson tag’ to becoming the number one WBA contender in redemption, Dubois added: “It was a good year.

“A kickstart to the comeback, and everything went well. I am just looking forward to the future now, a new year, a new start, and a new beginning.”

Bryan is due to fight Jonathan Guidry later this month before the WBA expects to stipulate what happens next for Dubois’ specified opportunity.

At worst, Dubois may have to wait until the summer when Usyk vs. Joshua II will also be in the books, and there’ll be an open path to the winner.