While lightweight star Ryan Garcia will be sidelined while rehabilitating his injured right hand and wrist that he had surgery in October until his planned return on April 2, he paid close attention to all four of the major fights in his division that took place between Nov. 27 and Dec. 11.

The run of bouts began with Australia’s George Kambosos Jr. (20-0, 10 KOs) authoring a major upset by outpointing Teofimo Lopez (16-1, 12 KOs) in a grueling slugfest in which they were both knocked down to win the unified 135-pound world title on Nov. 27 at the Hulu Theater at Madison Square Garden in New York.

Garcia had designs on facing Cruz in his return, but he hopes it will lead to an eventual fight with Davis. He’d also like to tangle with the other winners, Kambosos, Haney and Lomachenko.

“We just need to do a round-robin,” Garcia told World Boxing news in a recent interview.

Garcia enjoyed the Kambosos-Lopez slugfest and, like most people, he thought heavy favorite Lopez would prevail.

“That was a great fight, man. I was almost certain Lopez was gonna win,” Garcia said. “Even after he got dropped (in the first round), I thought he was gonna win. I didn’t have any sense that he was gonna lose, but once the fight started happening he just kept on letting himself get hit with these shots, good sharp shots. But it felt awkward to me to see him get hit so much, so constantly – left hook, jab, little right hands. It was just crazy.

“This is what I interpreted from the fight — once he got dropped he got embarrassed and from getting embarrassed he didn’t know how to regroup and try to smile it off instead of getting in the zone and waking up like, ‘Oh, sh–, I got caught, let me focus.’ It was more like, ‘I’m embarrassed’ and it made him lose focus.

“Stars aligned for Kambosos. I don’t know if Kambosos is going to go after another top fighter but if he does I personally don’t think he’s going to hold onto the belts. Maybe he will. He surprised me once. The reason I thought he was gonna lose (to Lopez) is because he’s so open for that right hand and I think one of Lopez’s best punches is the right hand. I just thought he was gonna catch him and he did, but he couldn’t keep finding it even though it was there. His mistake.”

The 23-year-old Garcia (21-0, 18 KOs) said even though he has never met Kambosos in person, he likes him from their social media interactions.

“He’s a really cool guy. I’ve never met him but we’ve talked over social media and I sent him a video to tell him good luck before his fight with Teofimo. Super good dude,” Garcia said. “I wish nothing but the best for him, honestly.”

Garcia was supposed to fight Diaz in November but the hand/wrist injury and subsequent surgery forced him to pull out. With Haney looking for a fall opponent, his team was able to make a deal with Diaz for the fight. 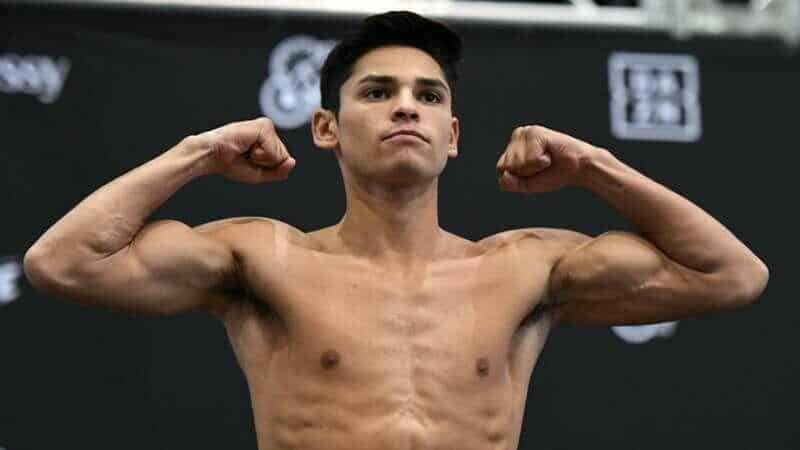 Garcia was not at all surprised that Haney outboxed Diaz for a clear decision.

“It was a good fight but it was what I expected,” Garcia said. “JoJo likes to keep the earmuffs on. All you have to really do is use your speed and then move away. Once JoJo gets on the inside everything after the first punch becomes smothered. He’s just an OK fighter.

“I just wished he had a little more sting to his punches but he doesn’t and it is what I thought it was. It’s kind of reminded me of the Gary Russell fight (that Diaz lost by decision in their 2018 featherweight title bout). Earmuffs on, tried to get off and just doesn’t do anything.

“I like how (Haney) came out more aggressive (than usual), standing his ground. And then used his range but also went forward. I really liked that. I didn’t like that once he got cracked he just kind of – I don’t know. He just doesn’t know how to handle himself when he gets hit, if that makes sense. He gets flustered easily when he gets hit with a good one and he starts doing random things that I see I could capitalize on in the ring.”

Garcia has long believed a fight between him and Davis would be a blockbuster. It is one of the reasons he is aiming to fight Cruz in his spring return. He wants fans and media to compare his performance against Cruz to the one Davis turned in.

While many thought Cruz defeated Davis, Garcia was not one of them.

“Close fight. I still gave it to Tank by a round or two,” Garcia said. “I think Tank gave him too much respect in the opening rounds. For some reason he was trying to box him when in my mind – and I don’t want to give away my game plan – but just know there won’t be a lot of that because the guy’s aggressive, but what can an aggressive fighter do going backwards?

“Nothing. And I think once Tank did pressure him what happened? He looked like he was gonna get him out of there until Tank, I guess, hurt his hand.”

As for Lomachenko, Garcia has ample respect for the two-time Olympic gold medalist and three-division world champion.

“I think that’s a huge fight, me versus Lomachenko. But I would love to fight Lomachenko as well,” Garcia said. “I think he’s a great fighter and I think he fought masterfully.He looked great.

“Lomachecnko just fights so pure with his movement and he doesn’t waste any energy. He flows and he has the footwork, his body positioning. He fought amazing, but he should have knocked (Commey) out.”

Twice during the fight, as Lomachenko was laying a beating on Commey, he stepped back and motioned to Commey trainer Andre Rozier corner to stop the fight, which Rozier declined to do. 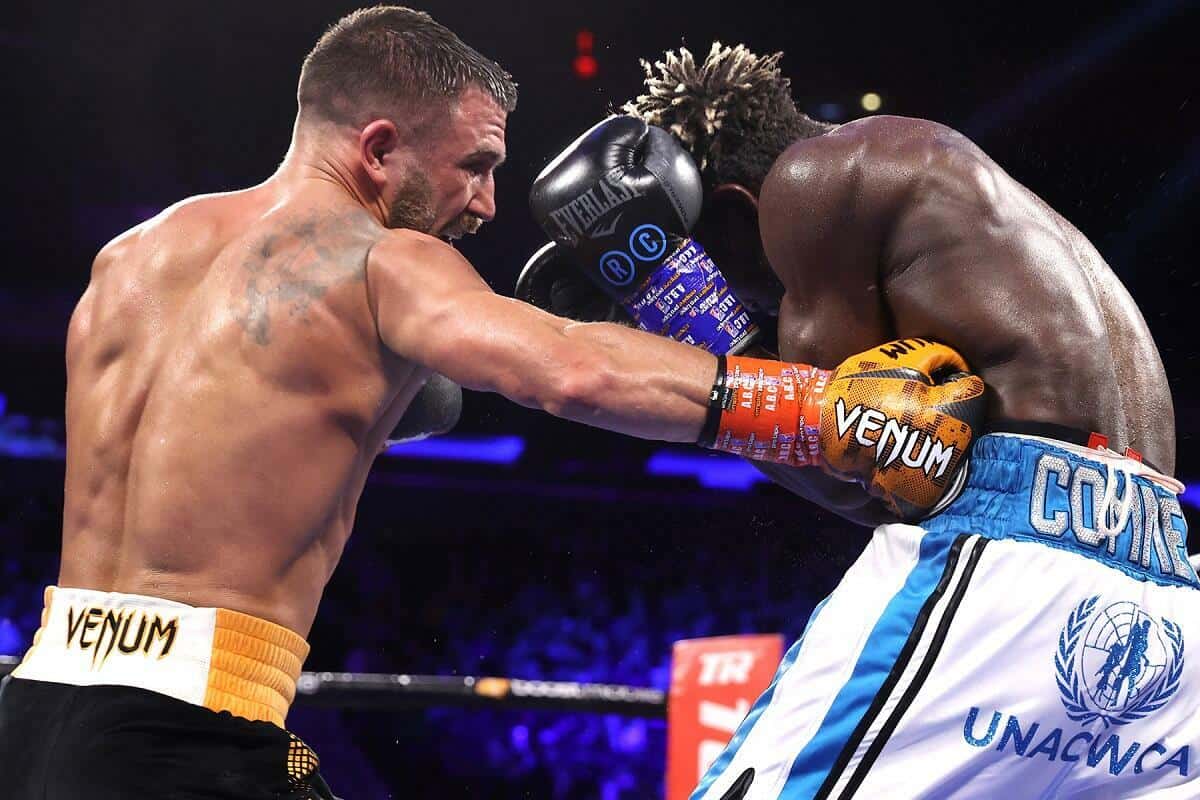 With all of the top fighters in the division having been active in recent weeks and Garcia paying close attention to each of the bouts, he was willing to rank his top lightweights, excluding himself.

“Loma No. 1,” Garcia said quickly. “Close between Devin and Tank. Then you got George, who fought well. Loma No. 1. Then I would say Kambosos No. 2 and Devin and Tank a toss-up. They both had pretty mediocre performances.”