The International Boxing Association (AIBA) today revealed major developments in its drive to reform boxing with the appointment of independent governance expert Professor Dr. Ulrich Haas and confirmation that a major independent financial audit will be conducted, in addition to Professor Richard McLaren’s independent investigation into refereeing and judging.

The announcement was made by AIBA President Umar Kremlev during a press conference in Lausanne and marks the latest steps by AIBA to uphold the highest standards in governance, financial integrity, and sports integrity.

The Group will review AIBA’s current governance structures, assess these structures against international best practice and issue concrete recommendations for further improvement. Meanwhile, AIBA is in the process of finalizing an agreement with a major accounting firm to conduct an independent full-scope audit of the federation’s finances.

AIBA President Kremlev said: “As I promised when elected AIBA president, AIBA is working on becoming a welcoming, strong and stable home for boxers around the world. We have appointed the best independent experts to guide us towards the highest standards of governance and sports integrity.

We have also secured financial stability for our organization with the help of sponsorship from Gazprom, with more commercial support to come. But we will not stop there. All of these things are coming together as part of the huge shift we are delivering so that boxers can be sure of their future, fair judging and receiving a financial reward for their fights.” 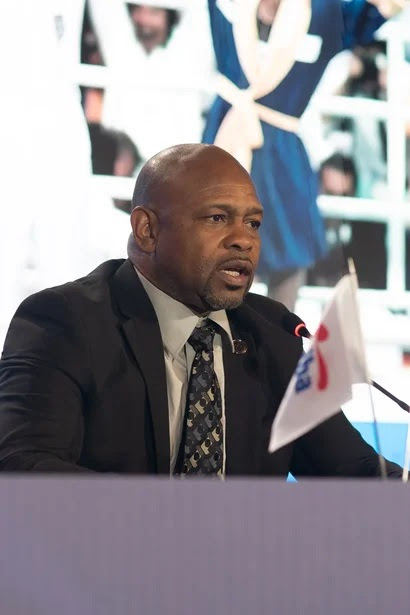 These announcements follow the appointment of Professor Richard McLaren to conduct an independent investigation into the refereeing and judging of the Rio 2016 Olympic Games boxing tournament. Professor McLaren, who joined the press conference by video call, explained the mandate of his investigation and strongly encouraged whistleblowers to contact his investigation group directly, so the concerns can begin to be looked into.

AIBA Secretary General and two-time AIBA World Champion and World Champion in professional boxing István Kovács said: “Boxers have been waiting for a long time to see these kinds of reforms that will ensure their right to a fair fight and a financial reward for their efforts.

In addition to actioning the recommendations that come from our independent experts, we are also working on making a number of other improvements; from increasing our transparency and making more information about our policies publicly available, to looking at how we can improve sporting integrity through live scoring and other initiatives. We will not hesitate to make any changes needed to give boxers the sport they deserve.”

The main goal for AIBA is to become a reliable home for boxers all over the world.