Comparing his son to Muhammad Ali, Lopez Sr. aired his views on why the lightweight king left Top Rank to appear only on paid platforms from now on.

Upon hearing the interview, Ellerbe gave a stark reaction to his followers. 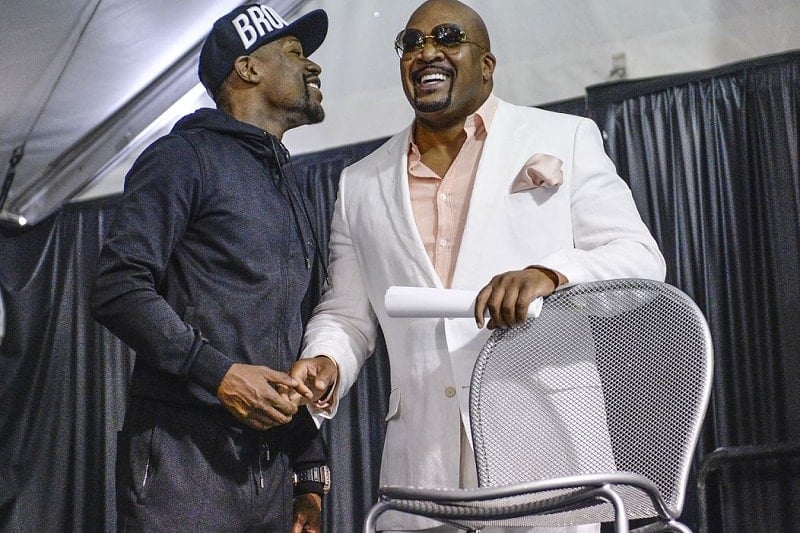 Speaking about his decision to move on from Bob Arum before, Lopez Jr. was adamant the deal could have been save if it wasn’t for Todd duBoef.

Bob Arum’s son-in-law and heir to the Top Rank throne took criticism for his part in the split.

“I tried to be as cordial and as polite during these negotiations. But (Todd duBoef) wasn’t doing what he was supposed to,” Lopez told Sirius XM.

“I’m always going to bet on me. Fighters should always look to that. At the moment, my goal is to stay focused on this fight while the team works on the future.

“I know ESPN is disappointed in Top Rank and Todd duBoef. But I shouldn’t have been in this predicament. Things happen.

“I will be a free agent soon as Top Rank gave me the golden ticket to getaway. I’m just trying to become his boss. I’ve shaken the sport of boxing.”

On the potential to remain at Top Rank after his fight with George Kambosos on Triller, Lopez concluded: “I was always happy with Top Rank.

“It’s one of the best companies to start a career. But I have nothing against Top Rank. Had they gotten rid of Todd, maybe they would have been able to work it out.

“People are willing to buy my contract out. People see the potential of what he could become.

“When I get those numbers, everyone will want to fight me for the biggest payday.”

Lopez has since formed Takeover Promotions and will negotiate his fights on a deal-by-deal basis.

Floyd Mayweather himself laid down the blueprint for future superstars to follow. Lopez is hoping to emulate anywhere near Mayweather’s one billion dollar career earnings.