British super-flyweight Prince Patel dedicated his recent belt-laden victory to two of his late friends who have passed away.

Patel, 28, traveled to Ghana over the weekend to capture the Commonwealth strap. He also claimed a host of world-ranking titles into the bargain.

The former IBO title challenger is now in line for another world title shot and wanted to pay tribute to those he’s lost.

“After nine tough rounds in 31-degree heat in Accra Ghana, I am incredibly proud to have become the first-ever Commonwealth Champion of Indian descent,” he pointed out.

“The fight was Africa’s biggest none world title fight ever.

“I would like to dedicate this victory to the memory of my late friend Heavy D. Also, my former amateur coach Tony Burns. I will always miss both.

“I’d also like to thank Dave Perriera, James T Booth, and Old John for their help and advice along the way.”

Eric Armit, who covered the fight and reported on the WBN website, had written an extract Patel decided to comment on in the aftermath.

Armit wrote: “Patel was too good for a very limited and sloppy Kisarawa as he gets his nineteenth inside the distance win. Patel covered all of the bases.” 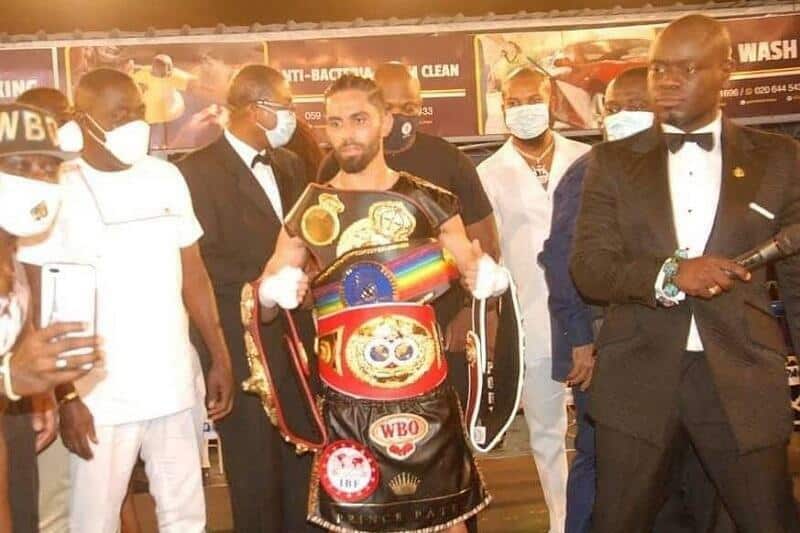 Patel wanted to address what he disagreed with from the statement. He did so in direct response.

“Nice write-up for me, but I have to disagree! Kisarawe is tricky, not sloppy. And he can punch a fair bit!

“Very unfair to say he’s a limited fighter. He stepped up when Joseph Agebko, WBO number one and former three-time world champion, would not!”

Ashley Theophane, a fighter who can relate to Patel’s worldwide mission to get noticed, gave his view in the aftermath.

“When you’re shut out by the promoters in your country, so you fight abroad instead. I don’t personally know him. But I admire what he’s doing as I’ve been through the same situation.”

In moving on to broader horizons, the weight class quickly opens up to sterner tests for Prince Patel.

The fighter who was famously name-dropped by former pound-for-pound king Roman Gonzalez once upon a time could soon find himself on the fringes of the tournament set up by the World Boxing Council.

Gonzalez, Juan Estrada, Srisaket Sor Rungvisai, and Carlos Cuadras are all involved. Patel could well be the top-ranked fighter outside those four if he can continue his progress over the next twelve months.