Foreman was asked his opinion in a recent fans forum and had a sound point in splitting the pair to predict a winner.

Ever the diplomat, the veteran who holds the oldest heavyweight champion of all-time tag, was only guilty of sitting on the fence a little.

“It took years for Floyd Mayweather to achieve such greatness. Prime versus prime (I’d go for Sugar Ray) Leonard.

“But (if it was a ) veteran versus veteran (fight, I’d go for Floyd) Mayweather,” said Foreman.

That prediction by Foreman does come with some history. Leonard holds a win over Floyd’s father, Floyd Mayweather Sr. from back in 1978.

Having been dropped twice in the eighth at the Civic Center in Providence, a tenth-round stoppage cost Senior the second loss of his career. 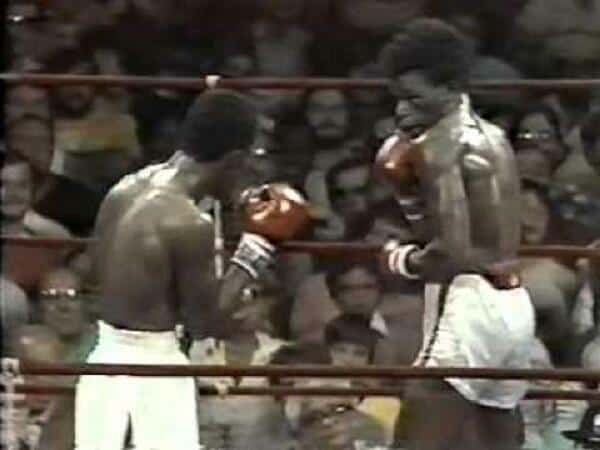 Before Leonard, Senior had defeated every fighter he’d ever faced.

Years later, and beef continued through Mayweather, who recalled in an interview with fighthype.com what went down between him and Leonard.

“He started it with me,” Mayweather told Fight Hype. “Meaning, I saw Sugar Ray Leonard in the lobby of the Fountain Blue hotel.

“We talked, and we were communicating because you know I take my hat off to legendary fighters.

“This is what Sugar Ray Leonard did. He was on a photo with Magic Johnson and Samuel L Jackson. But he was catty, and he was taking some shots.

“Then the last thing I think he spoke about was saying it could be the McGregor-Mayweather fight. So that was taking shots at me.”

Mayweather revealed he had the final word, though.

The chances of Mayweather avenging his dad’s defeat are long gone. Leonard will be 65 on his next birthday and way too old for any exhibition with the former pound for pound king.