A tweet from UFC boss Dana White has been attributed to the steep rise in eyes on a new kind of fighting that sees competitors slap each other in the face.

‘Slap-Fighting’ is now going Pay Per View following details of a deal being released to broadcast the FITE TV Pay Per View events.

White was impressed by the action as those involved get three chances to knock their opponent out with an open hand stinger.

“SlapStrike announced today that it has partnered with PunchDown. It’s the world’s largest competitive slap-fight organization.

“They plan to distribute live events to fight fans around the world,” read the information.

“Their first event, “The War from Warsaw,” features the live broadcast debut of Vasily “Dumpling” Kamotsky.

“The live World SlapFight Championship event will be available to stream across all FITE platforms, apps, and devices. 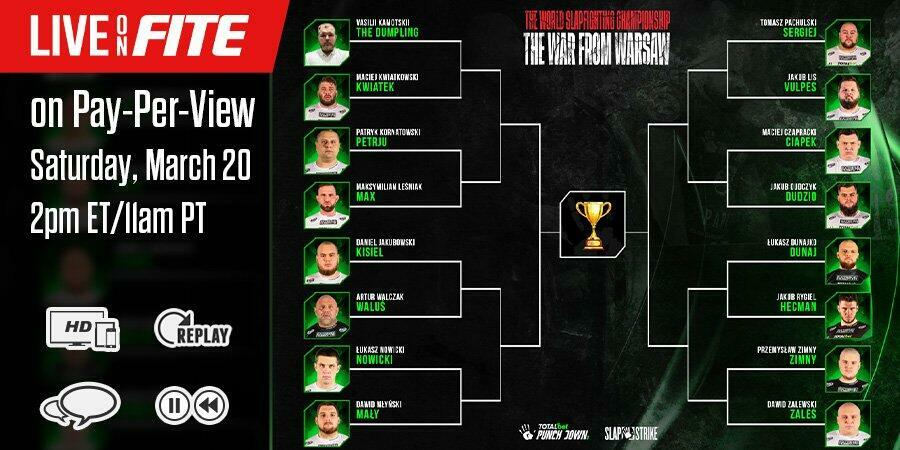 “Competitive slap-fighting is the head-turning, new combat sport that has taken social media by storm. It has gained over 100 Million YouTube views worldwide.

“Six-time powerlifting world champion CT Fletcher, who has captivated the fitness, weightlifting, and aspiring bodybuilders social media world with his YouTube channel CT Motivation, is an early investor in SlapStrike.

“At slap-fight events, world-class competitors, high-profile influencers, and smack-talking rivals give and take their best shot to settle contests, and in some cases feuds, to win the hard way.

“No running, no holding, no covering up. Participants compete in one-versus-one duels. They hit each other on the cheek with an open hand, a maximum of three slaps per person.

“The winner is decided by a knock-out or a judge’s verdict.”

I’m not sure if boxing has anything to worry about, but it could be fun to watch those slappers!