The featherweight bout between David Navarro and Diuhl Olguin, ended in controversial fashion when Navarro was cut from what was ruled a punch just 21 seconds before the bell of the sixth and final round of their bout at The Mohegan Sun Arena in Uncasville, Connecticut.

Navarro was well on his way to his 3rd win without a loss, when he was he was cut from what he believes was an elbow from Olguin. The Scorecard (shown below) had Navarro comfortably ahead by scores of 50-45 twice and 49-46.

“He said it was a elbow, and right after that, they walked to us and told us that the fight was an eight-rounder.

“Thinking that, I told him to box in the final round. The cut was not even bleeding until late in the round. I don’t even know why they stopped it. We were in the corner and told us it was an eight-round fight. 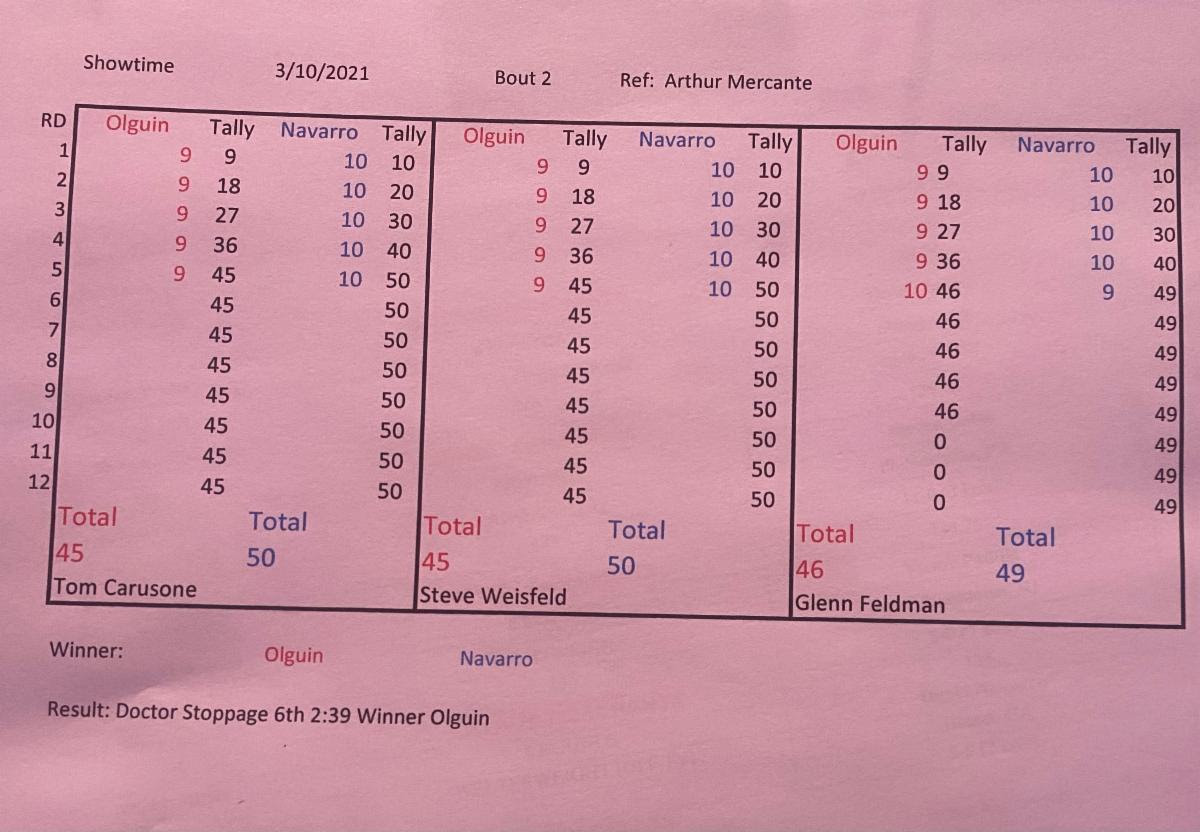 “I have no idea why they changed to an eight-round fight during 6th round. The cutman did a great job on the cut. The referee called a break with 21 seconds and took him to the doctor and that why they called.

“David felt an elbow. I did not see a punch,” said Navarro’s trainer Robert Garcia.