WBN can exclusively reveal that the rematch between Alexander Povetkin and Dillian Whyte on March 6th is under constant review due to the UK situation.

The British government now enforces quarantine measures due to coronavirus cases. It all means the Sky Sports Box Office televised clash may be unable to take place in London.

Povetkin’s team has opened talks with Matchroom Boxing and Eddie Hearn. They hope to ensure nothing hampers the Russian heavyweight in attempts to enter the UK.

If the measures and red tape prove too tricky to manoeuver, the WBC interim champion and his promoter Andriy Ryabinskiy will favor a Monaco switch.

Cases are rising in Monaco but only at a seven-day average of 22 a day.

“We are discussing the fight. Whether the event can take place in Monaco instead of London,” he confirmed.

Asked whether he believes the event is likely to be switched at this point, the promoter responded: “The chances for the disruption of the fight are small. But the final decision hasn’t been reached. 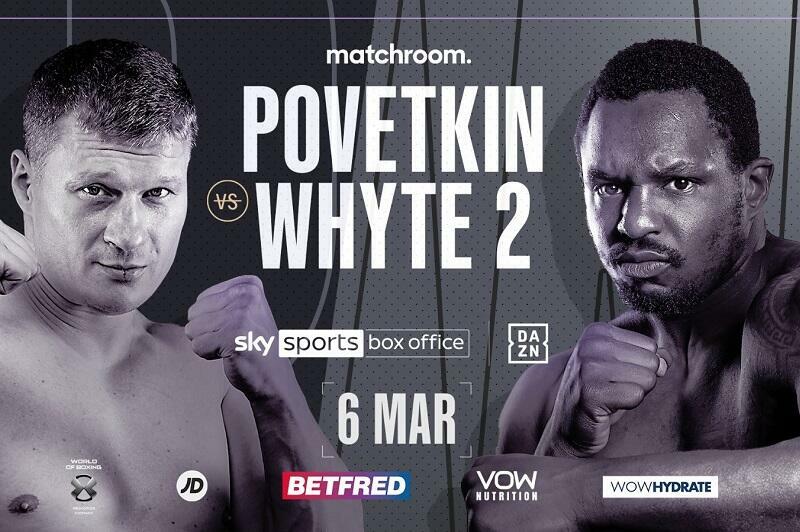 “It is possible that we will know the place where Sasha will fight until around ten days or even in two weeks, only.”

It could now be the end of February before confirmation on whether England’s capital can host the show.

Matchroom stages a fight at Wembley Arena this weekend as Josh Warrington headlines. Warrington goes ahead following 1052 deaths in the UK over the past 24 hours.

NHS staff are stretched all over the country. The worrying number of deaths led to WBN questioning the Commonwealth Boxing Council on whether they think boxing bouts are appropriate in the current climate.

“It is a tough question to answer that question,” Commonwealth Secretary Debbie Down exclusively told WBN last week.

“Right now, the BBBofC is planning to resume tournaments in the UK from the middle of February.

“Also, other countries around the Commonwealth are currently planning on staging tournaments in February and March.

“But I cannot confirm that these are going ahead. All the while, travel restrictions and the rules and restrictions are changing day-to-day.

“From a Commonwealth perspective, if we sanction a championship contest and the governing body of where that contest is due to take place are satisfied, then the contest will go ahead.”

Mexican Mauricio Lara and Spaniard Kiko Martinez are both set to fight in the UK on Saturday night’s Sky Sports show. Therefore, it does seem to a formality that Povetkin will be allowed to follow suit in three weeks.

Povetkin himself and his team seem unsure if this will be the case.

We will know for sure by the end of the month.