World Boxing News has decided, which turned out not to be a tough one, to remove the World Boxing Association’s recognition as a sanctioning body.

Due to circumstances dating back to 2013, Vice-President and soon-to-be President Gilberto Mendoza promised WBN he would eradicate the unpopular ‘regular’ belts.

Mendoza was adamant he would move to crown one sole champion per division. It didn’t happen.

Things became a lot more cloudy with the addition of the WBA Gold championship a few years on.

Add to that the situation regarding the heavyweight division. With the inconsistency in rankings and titles, WBN has moved to act.

Stripping Manny Pacquiao of his belt and calling it ‘Champion in Recess.’ At the same time, adding Bermane Stiverne to their Top 15 ratings was the last straw.

As a senator, Pacquiao was helping his country fight the pandemic and was due to fight in 2021. The WBA should have understood this matter.

As for Stiverne, ranking a heavyweight without a win for five years as the eleventh best globally is an unforgivable and wrong decision.

There are several other examples before this. Too many to name. 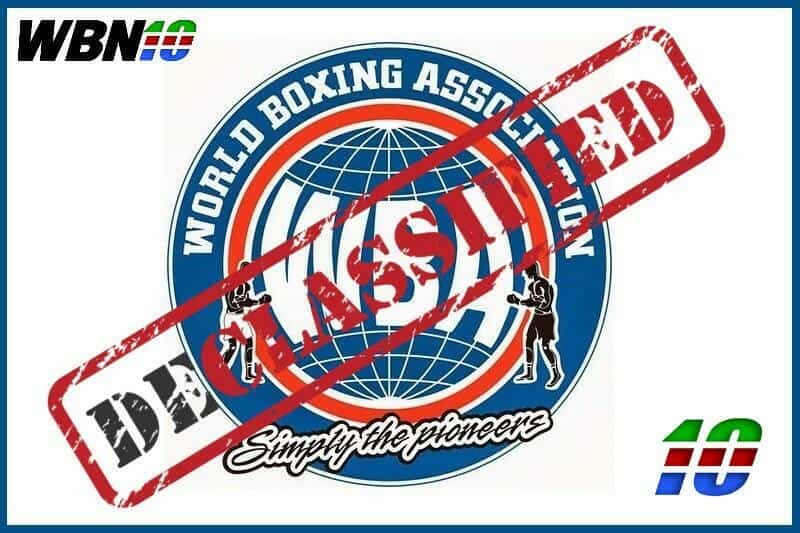 All WBA belts will now be removed from the WBN Champions list, and unifications will not be recognized if it involves a WBA belt and only one of the other three major bodies.

Undisputed will only be acknowledged if it’s between the WBC, IBF, and WBO championships. The latter still has work to do to be on par with the WBC and IBF.

A future scenario could arise where WBN will consider only the World Boxing Council and International Boxing Federation. Conversations remain ongoing.

The WBO has gradually added more belts to its roster over the years, with the WBO Global now seemingly gathering worrying pace with promoters.

A WBC addition of the ‘Franchise’ status has also raised more questions than answers. Hopefully, that will disband when Canelo retires.

At present, only the IBF seems to be getting it right.

Boxing media, fans, and those with a real passion for the sport will fully understand this development. The sport deserves better than it’s currently getting.

Unless people stand up against circumstances that are not for the good of boxing, nothing will change. It will get worse.

That’s why WBN has become the first boxing media outlet to declassify the WBA in all forms on its platform.

WBN is the most visited independent boxing news website in the world.

We hope others follow our lead on this matter and take a stand against the long-running debate.

**Should the WBA remove excess belts and show progress on rankings in the future, WBN is willing to look at reversing the decision.