During his run to the Olympic final in 2016 he defeated the current unified World Lightweight champion Teofimo Lopez – the last time the American lost.

Although British fans will eventually see the 2017 World Amateur champion in action, Oumiha will box exclusively on Queensberry Poland shows early in his professional career.

So convinced are Queensberry by the talents of Oumiha, 26, that he could challenge for a fringe championship when he makes his debut on Queensberry Poland’s bill that takes place on Saturday March 6th. 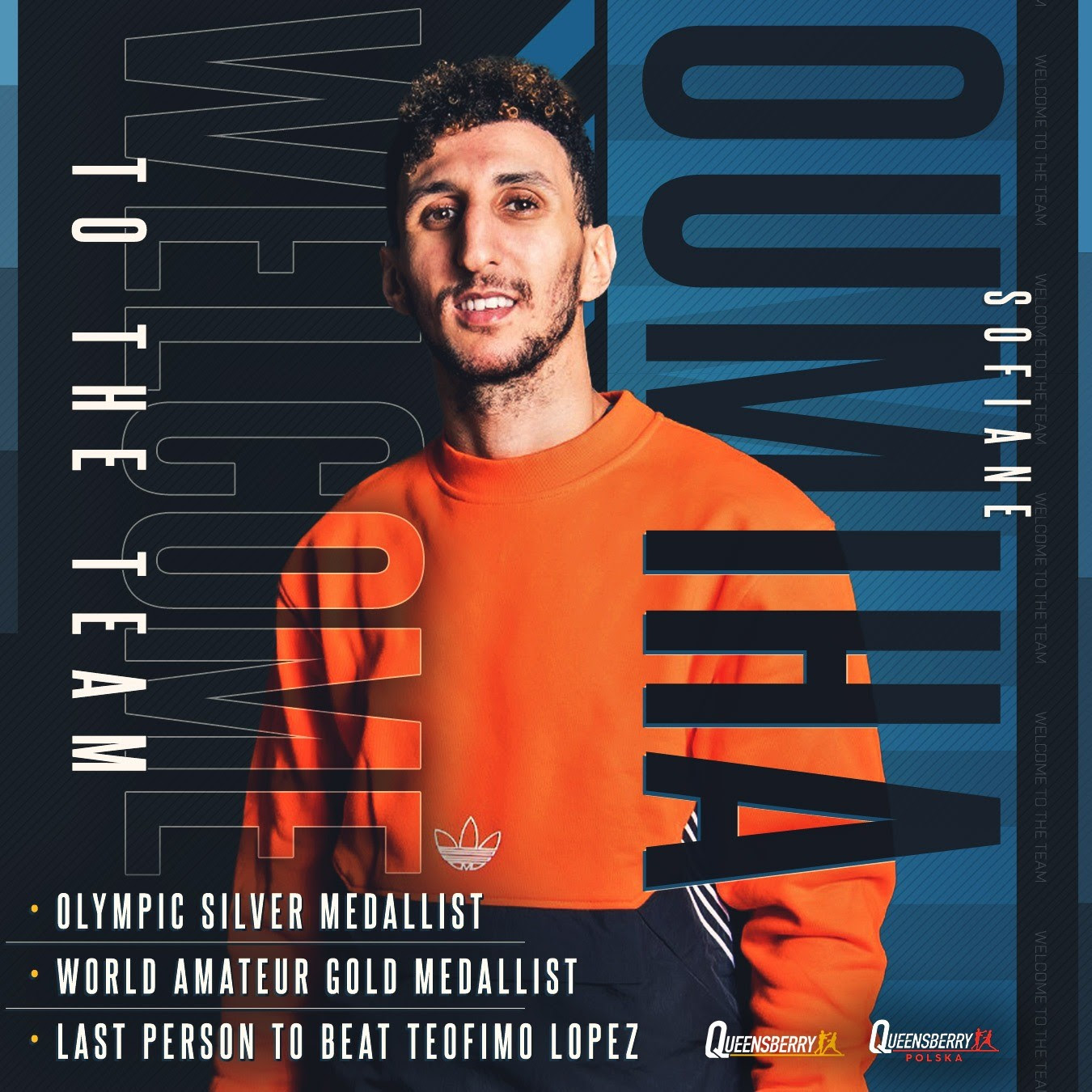 Promoter Francis Warren explained: “We are hopeful that Sofiane can start winning championships and climbing the rankings early in his career. Queensberry Poland is a great launching pad for his career as he’ll start with TV exposure right away. We are always looking for exciting talent, amateur or professional, and Sofiane is a prime example of that.

“His experience beating the very best means we can take the Vasyl Lomachenko fast-track route towards a world title.

“The Lightweight division is the hottest in boxing and very soon Sofiane will be mixing and beating those elite fighters. His raw talent is a very rare gift and I’d be comfortable matching him against names like Devin Haney very soon.

“And, of course I’m sure Lopez will want to settle the score.”

At the 2016 Olympics, Oumiha beat Lopez in the round of 32. He then saw off Thai Amnat Ruenroeng, Azerbaijani ace Albert Selimov and Dorjnyambuugiin Otgondalai before losing on points against Brazil’s Robson Conceicao in the Lightweight final.

A year later he made sure he wasn’t second best again winning the World Championships in Hamburg.

Then he saw off challenges from Wanderson de Oliveira, Iurii Shestak and Olympic rival Otgondalai to reach the final where he outpointed three-time World Champion Lazaro Alvarez.

Oumiha has fought and beaten Britain’s best amateurs. His impressive record in more than 100 bouts includes two wins over Luke McCormack and victories against Joe Cordina and Callum French.

Francis Warren added: “Sofiane is a special talent. These sort of fighters don’t come along too often and there is a buzz around him in boxing.

“Everyone at Queensberry is delighted that he has put his trust in us to help replicate the success he has had as an amateur. Our track proves we can take him to the top.”

Oumiha also won silver medals at the 2015 and 2019 European Games and he took gold at the 2018 EU Championships.

Mariusz Krawczynski, co-founder of Queensberry Poland alongside Francis Warren, said: “It is exciting to welcome a talent of the magnitude of Sofiane into the Queensberry family. His potential is incredible and I’m happy that Queensberry Poland will be where he launches what promises to be an outstanding professional career. It is a great coup to add Sofiane as a Queensberry Poland fighter.

“Queensberry Poland will work closely with our UK counterparts to guide Sofiane on what is going to be a long and successful career.”

Outside of Queensberry, Oumiha has no shortage of expertise guiding his career, and is co-managed by Premier Management Group of New York and Versus Sports Management out of Switzerland. Max Alperovich, of Premier Management Group, said: “I am very excited to work with a fighter of this level. Gold at the World Championships, Silver at the Rio Olympics, a win over Teofimo Lopez along with multiple Gold Medals in the European Championships says it all.

“The Lightweight division is now on notice.”

A representative for Versus Sports Management said: “We are delighted to have facilitated Sofiane signing with Frank Warren, one of the world’s most prestigious promoters. Sofiane is the most talented boxer of his generation and we are happy to co-manage him as he begins a professional career which will be long and full of titles.

“Sofiane’s choice to sign with a promoter of this rank shows a determination to quickly position himself on the world stage and send a clear message to his future opponents.”