Spence made a remarkable return from a life-threatening car crash in late 2019 to defeat Danny Garcia last month.

‘The Truth’ answered plenty of questions and several derogatory predictions by proving he’s still the top 147-pound operator around.

With the win, Spence took the number two pound for pound spot behind Canelo Alvarez.

Speaking after his win and addressing the wreck that almost ended him, Spence said: “The moment is surreal.

“Coming back from the accident, I feel like I looked pretty good tonight.

“All training camp, I felt good. I told people I didn’t want a tune-up fight. I proved to everyone that I’m the best 147-pound fighter in the world. 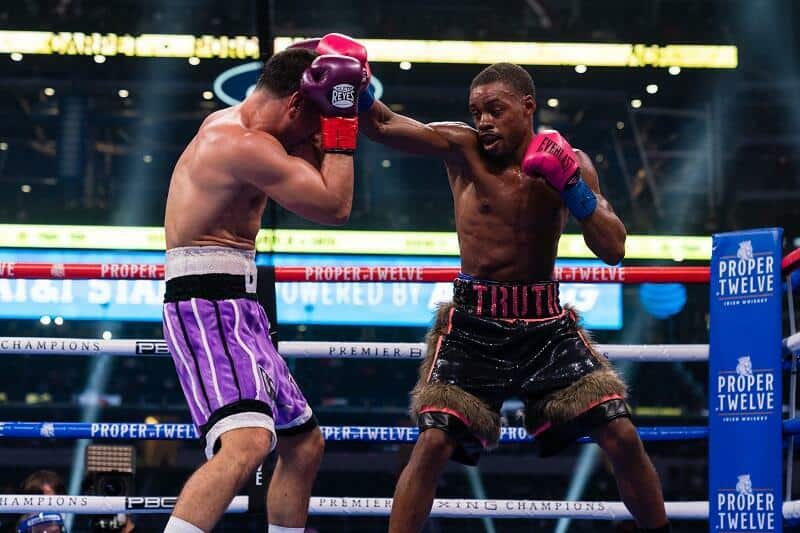 “Danny Garcia pushed me to the limit, especially in training camp. I’ve watched him fight since he was an amateur. I knew he was a great champion, and I had to be 100% ready.

“I had a little bit of ring rust. But I was in such great shape. I took everything seriously in training so that I would not be discouraged by that.

“I worked my jab and used my angles because that was my best move.

“It’s been a long year and a half, so I’m going to wind down for a week or two, then get back on it. I proved that I’m back and I’m here to stay,” he added.