First-ballot Hall of Famer Floyd Mayweather is going to be competing in a ‘new boxing division’ for the foreseeable future despite being in his forties.

That’s the view of Fanmio CEO Solomon Engel, who has signed an exclusive deal with the five-weight world champion.

Floyd Mayweather will fight in a ‘special exhibition’ in February. A fight now expected to be the first of many.

Explaining the situation, Engel said: “I can’t speak for Floyd’s future, but I can tell you we are looking to work together beyond this fight,” according to the ibtimes.

“So, there may be future fights beyond this one, but it’s too early to tell for sure. We have a lot to bring to the table and the sport of boxing.

“But, at the end of the day, his future will be determined by him.”

He added: “Fanmio is a new division of boxing.

“We are taking this very seriously. We are already working through other really exciting events.

“There are undoubtedly other big fighters that we are in discussions with, putting fights together for hopefully next year.

“We are definitely taking the more untraditional approach. It means we are trying to create the most exciting fights that would generate millions of PPVs.

“We have a handful of very exciting fights to come.” 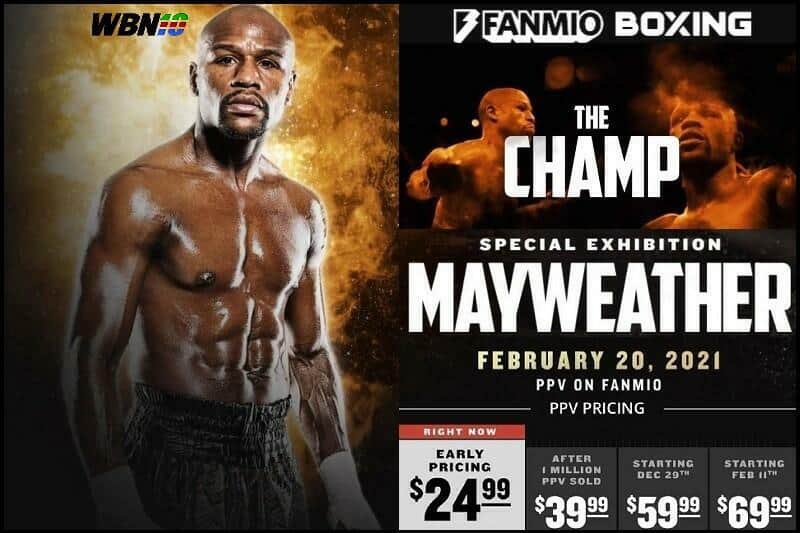 Mayweather is 43 and has fought only twice since practically retiring after the Manny Pacquiao fight in 2015.

By his admission, he hardly trained for Conor McGregor in 2017 and not for kickboxer Tenshin Nasukawa a year later.

Whether he does plan on getting serious for a decent opponent in the future remains to be seen.

Indeed, a rematch with Pacquiao in an exhibition sense would create a huge opportunity to make another nine-figure purse.

But as Pacquiao continues his career professionally and then bids to be President of the Philippines, a Floyd Mayweather return is on hold.

Fights against YouTubers or MMA stars look destined to fill in the gaps as exhibition fights become big business in the sport.

A lack of real in-depth boxing knowledge in the younger generation and the emergence of social media giving non-boxers millions of followers has completely changed the game.

As usual, Floyd Mayweather is at the forefront in the money-making stakes.