Evander Holyfield believes a fight with Mike Tyson will happen after opening up on forgiving his old rival for biting a chunk of his ear off.

‘The Real Deal’ is closing in on a trilogy battle with Tyson as elder statement exhibitions becoming a fad for boxing alongside YouTubers.

Holyfield and Tyson met during the 1990s in two of the highest-grossing Pay Per Views of all time. Both match-ups remain in the all-time top ten.

The second one was obviously more infamous than the first. Tyson and Holyfield’s ‘Bite Fight’ has always had an air of the unfinished about it.

They look set to get the chance to do it again after Tyson successfully made a comeback against Roy Jones Jr. last month.

Discussing that return, his own future, and the current state of boxing, Holyfield made an appearance on Sirius XM’s The Ak and Barak Show.

The full interview can be found on the Sirius XM App and DAZN. 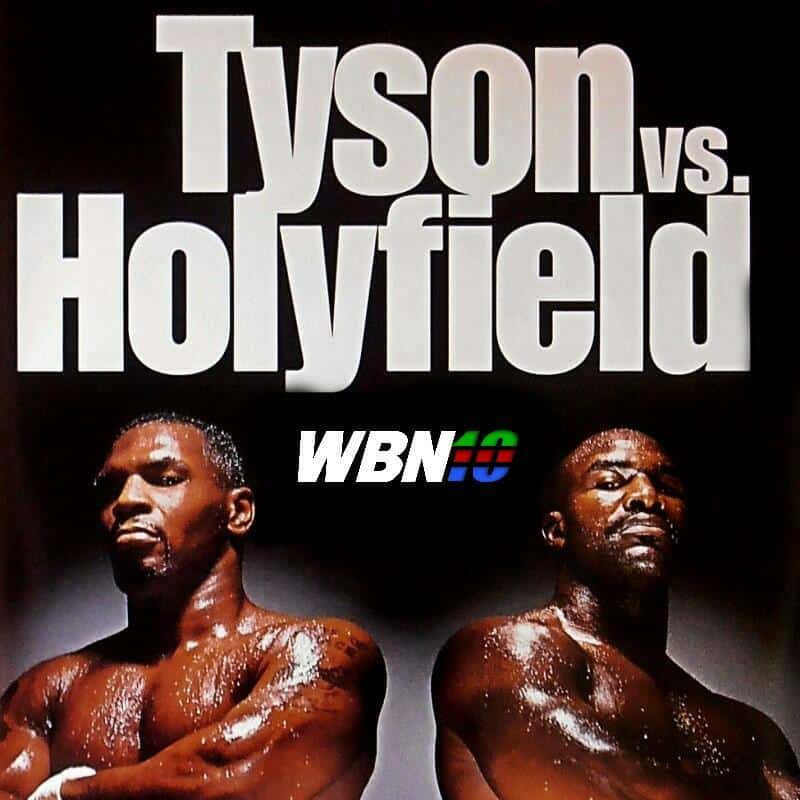 Here are some of the topics, including Mike Tyson discussed by Evander Holyfield:

• Wasn’t surprised the Tyson-Jones fight did well. They’re popular.
• He’s glad they did well.
• Think he’ll end up fighting Tyson.
• All he ever wanted was to do his very best. He and Mike are friends.
• Knew he would be the HW champ of the world. After he became the cruiserweight champ, he knew he could move up and have success.

• It took 5-10 minutes for him to forgive Mike Tyson for the ear bite.
• Foreman hit him with the hardest shot anyone’s ever hit him with.
• Mike Tyson hit hard, and he knew that because people were afraid of him.
• There is a scenario where Riddick Bowe would’ve beaten Lennox Lewis.
• Going always to give his very best whenever he goes in there with Mike.
• Has been training. It’s easy to say what you think you’d be able to do until you get in there.
• Mike Tyson won the fight against Jones Jr.

• AJ may be the better fighter on paper than all of ’em.
• Fury is the only person he knows that makes adjustments. He doesn’t look like a fighter, but he gets it done.
• Who wins Fury or Joshua? Doesn’t know. They both have the ability to win.