Due to Fury removing himself from a recent and similar BBC Sports Personality of the Year poll, World Boxing News has decided not to include the WBC heavyweight champion in the month-long voting process.

The conclusion was reached in consultation with Fury’s promoter Frank Warren.

It comes after Fury was victorious in 2018 for his amazing comeback from weight gain and depression.

Fury misses out on the chance to become a two-time fans’ vote-winner. It comes after Fury claimed the award for his comeback two years ago.

WBN would like to congratulate Fury for his Editor’s Award, which is well deserved following his brilliant stoppage of Deontay Wilder.

Hopefully, Fury will be more receptive to being included in fan votes in the future. 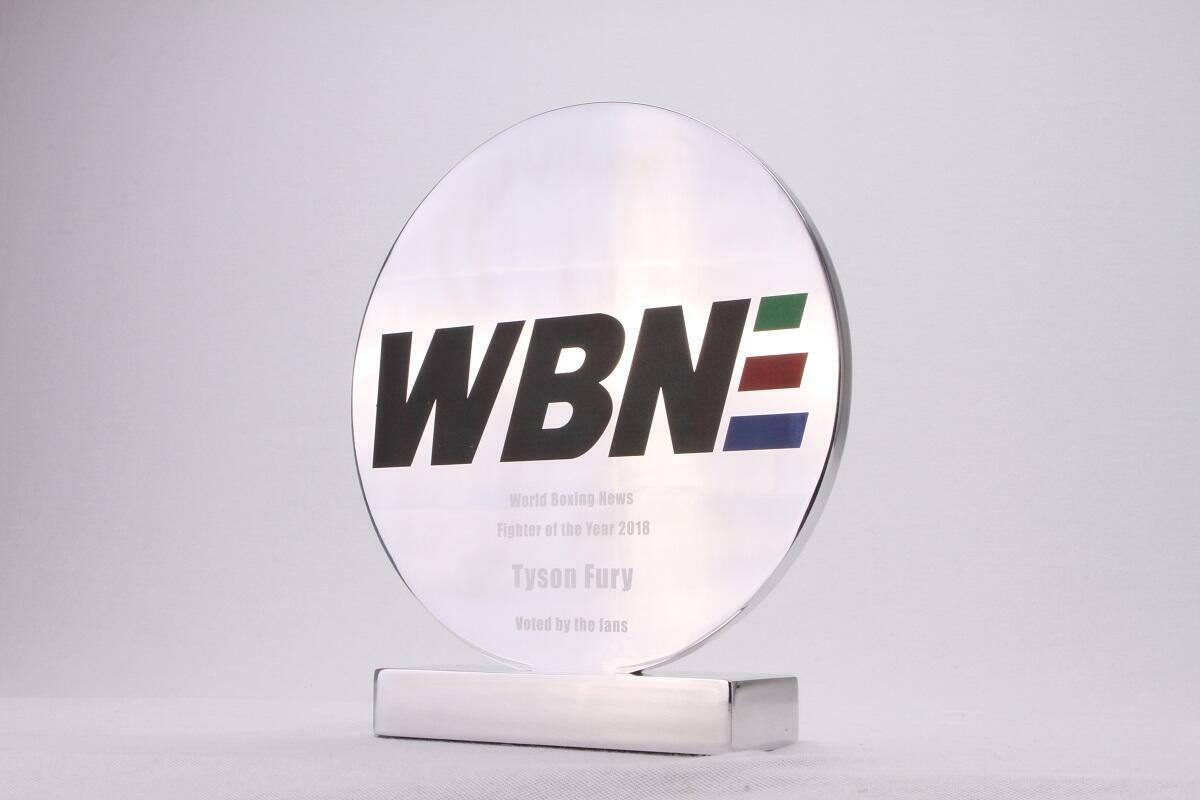 WBN’s distinct logo-laden trophy, last won by Manny Pacquiao, is already in production and will include one of the following names.

Unified lightweight king Teofimo Lopez was one of the first names in the race after his win over Vasyl Lomachenko.

Also on the poll are welterweight ruler Errol Spence Jr. and former pound for pound number one Roman Gonzalez.

The last name added to the list is Canelo Alvarez on the back of his crushing victory over Callum Smith on Saturday night.

In the end, Terence Crawford and Anthony Joshua just missed out on nominations as the decision was taken to cut the list to six due to the lack of activity in 2020.

Most fighters only fought once. Therefore, the magnitude of that single triumph was only taken into account.

Due to Canelo Alvarez vs. Callum Smith taking place on December 19th, the poll opens considerably later than usual.

It will run for almost a month until January 18th. Then, the final victor will be crowned for 2020.